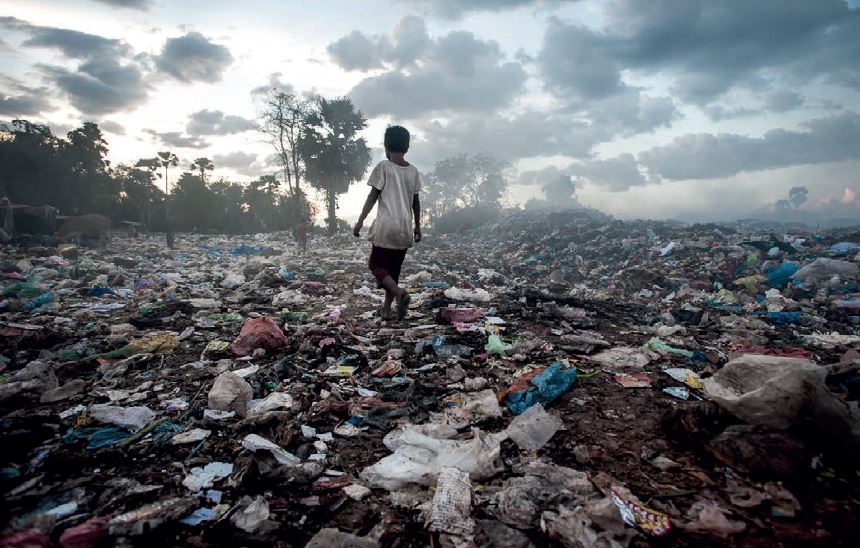 When reading, they sound like the snapping of the fingers in the silence made of indifference or complicity.
In Laudato si 'there are 36 question marks, plus one in the notes.

For example: «It will be useless to describe the symptoms if we do not recognize the human root of the ecological crisis. There is a way of understanding human life and action that is deviant and contradicts reality to the point of ruining it. Why can't we stop and reflect on this? ».
Sometimes they are a real provocation.
Others a reproach. Still others a slap to our bad consciences. They are often an invitation to reflect.
Few pay attention to it, but the documents of Pope Francis make extensive use of the punctuation tool which, to say it with Treccani, is indeed an "indicator of a linguistic act", but can be valid "as an invitation, an advice, a command Or even "like an exclamation".

A burst that makes us feel as if taken by the collar: «In any discussion regarding an entrepreneurial initiative, a series of questions should be asked, in order to discern whether it will lead to a true integral development: For what purpose? For what reason? Where is it?
When? How? Who is it for? What are the risks? At what cost? Who pays the costs and how will he do it? ».

Everything is held in the analysis of Francis.
The depths of the oceans as the questions aimed at the meaning of our being on the planet. This is also the purpose of the questions: "What kind of world do we want to pass on to those who will come after us, to the children who are growing up?". Question that can be answered no earlier than others: «To what purpose do we pass from this world?
For what purpose have we come in this life? For what purpose do we work and struggle?
Why does this land need us? ».

It does not end here. The pedagogy of Pope Francis urges us to connect facts, experiences, analyzes, observations.
«Going into the tropical and subtropical seas, we encounter coral reefs, which correspond to the great forests of the mainland, because they are home to approximately one million species, including fish, crabs, molluscs, sponges, algae.
Many of the world's coral reefs today are sterile or in continual decline: "Who transformed the wonderful marine world into underwater cemeteries stripped of life and color?"

The singers of "it was better when we were worse", certainly will not like other requests that Francis poses, basically to recognize what steps forward the human race has been able to make: "We cannot but appreciate and thank for the progress achieved, especially in medicine , in engineering and communications. And how can we fail to recognize all the efforts of many scientists and technicians who have developed alternatives for sustainable development? ”. Not only: «Can we deny the beauty of an airplane, or of some skyscrapers? ". No, you can't. But in this modern living, "if there are no objective truths or stable principles, apart from the satisfaction of one's aspirations and immediate needs, what limits can the trafficking of human beings, organized crime, drug trafficking, bloody diamonds and endangered animal skins? Isn't it the same relativist logic that justifies the purchase of organs from the poor in order to sell them or use them for experimentation, or the discarding of children because they do not respond to the wishes of their parents? ".

A year later, in the face of the Afghan crisis, the routes of refugees, the proliferation of conflicts and war economies, one wonders what became of the Pope's questions. The answer, perhaps, is contained in other questions with which the Pontiff had disseminated the encyclical: «The power connected with finance is the one that most resists this effort, and political designs - we read - often lack breadth of views. Why do you want to maintain today a power that will be remembered for its inability to intervene when it was urgent and necessary to do so? ». In other words, "is it realistic to expect those obsessed with maximizing profits to stop and think about the environmental effects it will leave for the next generations?"

In the Excavation
NP October 2021