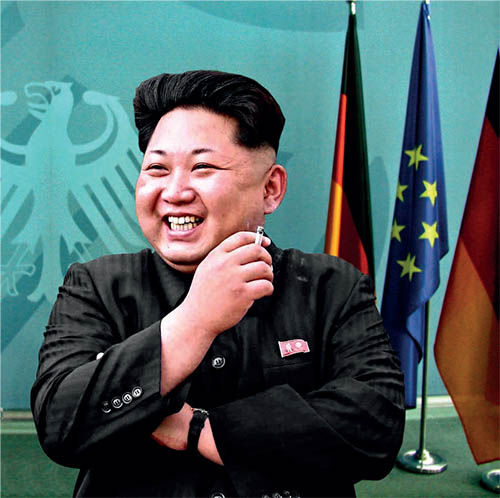 Is it really necessary to risk one's life, or to have others risk it, to get the Bible to circulate illegally? Could it not be possible to keep the faith alive by contenting ourselves with an oral transmission by postponing the in-depth study of sacred texts to better times? “Many in the West tend to separate biblical knowledge from the action it requires, that is, from everyday life. The persecuted Church cannot afford to separate the two. We still operate in safe houses in China, where we "disciple" North Korean Christians. I can't share the details, but we are having incredible rewards. Those disciples, when arrested, do not collapse but remain faithful to the end ». The words of one of the "infiltrators" of the faith can surprise only those who have nothing to do with these silent and anonymous heroes of Christianity.

In the absence of direct feedback, it is difficult to say whether someone really does not collapse in front of the torturers. In spite of everything, it cannot be said that the faith has disappeared from North Korea. Entire families were imprisoned, tortured and even killed because one member refused to renounce his faith. Even the collaborators of "Porte Aperte", the North American organization spread all over the world, have to give up their lives to work undercover. “Sharing the gospel with someone, knowing that he or she can be killed because of it, is a responsibility we must take on,” says one of them. But is it really worth it? “I'm going to tell you a true story of a family in North Korea. Many years ago, their faith was "exposed" and since then they have become slaves in a prison camp. " Once released they told our interlocutor how they felt. “We thought God had forgotten us. How could he allow so much suffering? At night we had to look for food to survive. Some days, we have thought of denying our faith ». They didn't. Some time later they returned home where, still in hiding, they continue to pray to Jesus.

Ruled by a totalitarian dictatorship inspired by the principles of Stalinism, North Korea has been dominated by the same family for generations. When a Christian is discovered, the regime does not just punish the individual. The whole family is condemned: parents, grandparents, children. All sent to labor camps. The stories that leak from the very few surviving fugitives are chilling. Christians are being brainwashed. By replacing the ten commandments of the old testament with those that Kim Joung-un wrote for the damned of the camps of Yodok, Bukchang, Kaechon and Chongori. The lucky ones are released years later, when considered fully "re-educated". The rest are shipped for life in "total control zones". Some reported seeing mutilated prisoners, others disfigured by torture. The work is done in groups and anyone who breaks a rule is savagely punished. It must be the fellow prisoners, under the gaze of the military, who brutally punish those who have violated the "commandments". Sexual intercourse is prohibited, except for "model prisoners". Infants born of clandestine relationships are immediately euthanized and if a woman is discovered with an "unauthorized pregnancy", she is forced to abort.

Kim Jong-un's 10 commandments are easy to remember: don't run away; the gathering of three or more prisoners is prohibited; do not steal; obey the orders of the guards; warn immediately when you see a stranger or a suspicious person; monitor others and promptly report on unusual behavior of other prisoners; carry out all assigned tasks in full; contacts between men and women, except for authorized work needs, are prohibited; sincerely repent of one's mistakes; immediately shooting for those who violate the laws of the field. Christianity is considered one of the main enemies of tyranny. From the little that has transpired, it has been learned that in recent years hundreds of people accused of conspiring to overthrow the regime have been "purged" by creating 500 clandestine family communities. In other words, for having gathered in prayer in small groups. Kim Jung-wook, a South Korean citizen arrested and accused of creating clandestine Christian family communities was a Christian-Baptist missionary, was even kidnapped by North Korean agents in Chinese territory, in the border town of Dandong and taken to North Korea. There has been no news of him for years. Christianity is a religion inherently incompatible with any form of authoritarianism. North Korean tyranny cannot therefore afford the expansion of such a threat.