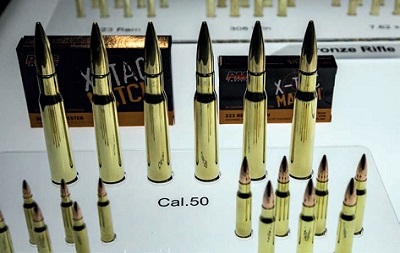 There are massacres that almost never come to be known. As in the waters that separate Yemen from the Horn of Africa. The route from the Horn of Africa to the Gulf of Aden remains one of the most dangerous in the world. The monopoly is in the hands of Somali piracy organizations, which also specialize in smuggling and trafficking in human beings. Historically, most African migrants reaching Yemen moved to the rest of the Arabian Peninsula, largely to swell the ranks of new slaves in the oil monarchies. Because of the Yemeni conflict, crossing the country has become so dangerous that, according to United Nations sources, in recent years over 100,000 Africans have returned to the Horn of Africa to head north, especially to Libya and Europe.
It is a forgotten war, the Yemeni one. A conflict that sees Italy among the main exporters of death. It was the end of 2016 when, almost by chance, we discovered in an investigation for Avvenire that "Made in Italy" bombs were raining on the heads of civilians.

Some survivors had managed to photograph the remains of a bomb dropped by a plane of the Saudi coalition fighting against the Iranian-backed Houti rebels. A group of experts commissioned by the UN to investigate the violations committed by the parties to the conflict he had certified the use of bombs by Rwm Italia, a subsidiary of the German parent company Rwm, on civilian areas, stating that these raids "may constitute war crimes".
A year ago the Conte II government suspended exports. A belated measure, considering that the supply of the Saudis allows them to arm the fighters for many years to come.

It is the youngest who pay the most serious consequences. In the last three years, in Yemen, 1 in 4 civilian victims was a child: 2,341 minors (22.85% of the total) who have lost his life between 2018 and 2020 due to a conflict which, on March 25, marks its sixth anniversary. The 2,341 victims among children are only confirmed ones, says Save The Children, according to which the actual number is likely to be much higher. The data also show that the conflict is becoming more and more lethal for children: if in 2018 children represent one in five civilians victims, in 2019 and 2020 the ratio has risen to 1 in 4. According to data from Save The Children in Yemen, whose population is facing the largest humanitarian crisis in the world, 2 out of 3 people are in urgent need of help to survive and children continue to die by the thousands, as well as from bombs, from easily preventable causes. Currently, 11.3 million girls and boys in the country are in need of humanitarian assistance.

A scenario further exacerbated by famine, exacerbated by recently announced cuts in aid, long-standing restrictions on humanitarian access, economic collapse, attacks on civilian infrastructure such as schools and hospitals and ongoing fighting in densely populated areas. 1.8 million children under 5 years of age, Save the Children explains, are currently malnourished, including around 400,000 suffering from severe forms of malnutrition.
"I was returning home with a friend and I wanted to visit my brother when the explosion overwhelmed us. I remained motionless. I was looking for my brother, I saw an old man on the ground. Then a person on a motorbike took me away from there and we went to the hospital. I would just like to think about playing and not about bombs, ”said Omar, who should be attending elementary school, but the school has already been razed to the ground for some time. “I wonder why a bomb should kill a child who is just playing. Omar keeps repeating to me that he hopes there will be another explosion so he can return to play with his brother, in heaven ", says his mother.

The international community has tried, so far without success, to bring the warring parties to the negotiating table and implement a ceasefire, but the clashes continue. The health system is collapsing, with more than half of all hospitals and dispensaries now unserviceable. Living conditions are more desperate every day. According to the UN High Commissioner for Refugees (UNHCR-UNHCR), 64 percent of displaced families have no source of income. Others survive by earning less than $ 50 a month. As a result, two out of three displaced families declare that they have to resort to expedients: “Meals are limited or skipped, minors are forced to leave their studies, medical care is given up. People - explains a note from the UN humanitarian agency - are reduced to begging or selling their personal effects. Cases of early marriage are on the rise ”. But war is a gigantic business. According to the NGO Oxfam, the G20 countries in the conflict years have exported weapons worth 31.7 billion dollars to the eight governments that make up the Saudi coalition. Less than 6 billion are earmarked for humanitarian aid. For the merchants of death the gain is assured.