The miracle of the Arsenal

There are so many unlit stars that want to be lit, but that will remain off forever if nobody really wants them to come back to light.

I was unconsciously led by the Lord, together with many friends, to start lighting one of these stars.
When I realized I was walking down this road I found myself having an unshakeable faith and I never gave up, even for a moment, the desire to rekindle this star which is the Arsenal.

Intuition
I have always been in the Church and although I was reluctant - perhaps out of shyness - to public moments, in '77 I felt I had to meet Pope Paul VI, to tell him on behalf of many young people my perplexities, my criticisms of the Church.
But I went "on my knees" and I came to the Pope - I am sure - because the Lord wanted it. I was more of a boy than now and I came to him without an appointment, with totally inadequate clothing. The Pope welcomed me with his big embrace, his skinny face furrowed by a soft and attentive smile. I quiver still remembering her greatness when she humbly replied: «You are right, but many times Christians do not listen to me. I ask and they ... But I hope from Turin, from Piedmont, land of Saints for a revolution of love ».
The Pope embraced me, blessed me ...
At that moment the Lord planted a desire in my heart: our house will be in Turin, at Porta Palazzo, al Balon, a land that has seen the work of Don Bosco, Cottolengo, Cafasso grow ... Land full of problems ... Here, we will go there.

I kept this desire in my heart for a few years, then on January 23, 1979, together with a dozen friends of the Community, I was received for a hearing, which was to be brief, by the then Prime Minister Giulio Andreotti.
We were with him for a protest, but in our own way, with prayers, with songs; we carried the voice of Vietnam refugees.
The meeting had to be short and it became long, friendly ... I am sure, the Lord took out of my heart at that moment the desire I had and to everyone's amazement - even mine - I said: «President, help me for a miracle? Can you help us have a piece of the Arsenale? It is located in Turin, at Porta Palazzo ».
He, I, we all found ourselves displaced; We all said yes and from there began a long prayer chain in which missionaries, nuns, disabled people, friends, began to support us day after day and since then for many years. The next day, January 24, I was with Pope John Paul II together with a handful of friends.
I confided to him, as one confides in a friend, this desire. He rejoiced, encouraged us.
At other times he returned to encourage us and in another meeting, on December 7 '79 he gave us the mandate to "bring out" the dormant hope in the hearts of men.

A prayer chain
But the history of the Arsenale, even if it has touched illustrious men, is a miracle of the poor people who believed it: of the many who every day, without ever giving in to mistrust, recited the rosary in front of the Arsenale, at the Consolata sanctuary , at home. Some illustrious names have encouraged us, but the arrival of the Arsenale is not thanks to the help of the "great ones".
We heard that many loved us, yes; and it is for this bond of friendship that we remember with gratitude some people noted in this miracle story. I can't go on much, but I just want to remember a few other moments. 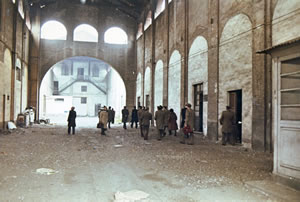 March 20 of the 80. I remember how a friend's phone call happened an hour ago. It announced to me that on the Arsenale it had already been approved by the Municipality of Turin and we were not included in the partition ... Our house had taken another path.
I thanked and immediately thought that humanly speaking I had only one possibility: to resort to influential friends ... I didn't want to do it. If a miracle is a miracle, the Lord must intervene; sometimes men also have their share, but if He wants it.
I took the Bible in my hand, I prayed holding it in my hands, in the living room of my house. [Arsenal with cannon]
Then suddenly I felt that on page 1640 there was the answer to this event: «It is I, the Lord who did everything, who explained the heavens alone, I spread the earth; who was with me? I foil the omens of fortune-tellers, I demonstrate the magicians mad, I force the wise men to retreat and turn their science into madness; I confirm the word of his servants, I carry out the designs of his messengers. I say to Jerusalem: you will be inhabited, and to the cities of Judah: you will be rebuilt and I will restore its ruins »(Isaiah 44,24).
Immediately after, the phone call to a friend: tomorrow night we meet to pray.
How we asked the Lord for forgiveness for our lack of faith! How we have understood that sincere faith obtains everything from the Father! And on March 25 ... the gift. A resolution already prepared is modified and the miracle of the Arsenale, now out of play, arrogantly returns to make its way and is included in the resolution.
Time passes, prayer sometimes fades but does not go out. Despite our weakness, we feel strong because the Lord wants us there. I feel with great arrogance inside me that the wait is over. «Here - I thought at the end of May '83 - if the Lord wanted to prove our constancy, we have won this test. But it can also take us somewhere else ». Then I sincerely believed I had to set an expiration date to the Lord either for yes or no.


The turning point
It was June 20, the feast of the Consolata, for Turin a day of prayer to Mary.
We decide to organize a sharing fast with the poorest and we are also available to reject the Arsenal if it is not delivered to us as a sign of peace.
As a community we once again accept the challenge, aware of everything ... I decide to ask Luisa Manfredi - my friend and former partisan - to make my intentions known in the Town Hall.
She supports me in the decision made, but a few minutes later, the phone rings; it is Luisa's voice that says to me: «Ernesto, the protest is over. You don't have to do anything anymore. There is Mimmo Russo as commissioned commissioner. He has understood and will do everything that others have not done in so many years ».
On his word we suspend everything. The next day I'm already at the councilor. It is the meeting with a man who is immediately clear, open, who accepts the Arsenal's prophecy, agrees to live the risk on his own skin. And together, guided by an even greater force, we enter the maze of bureaucracy that would once again want to suffocate everything.
On 29 June I am holding the letter signed by the competent Councilor Mimmo Russo: he confirms that the Arsenale will be the home of Hope. 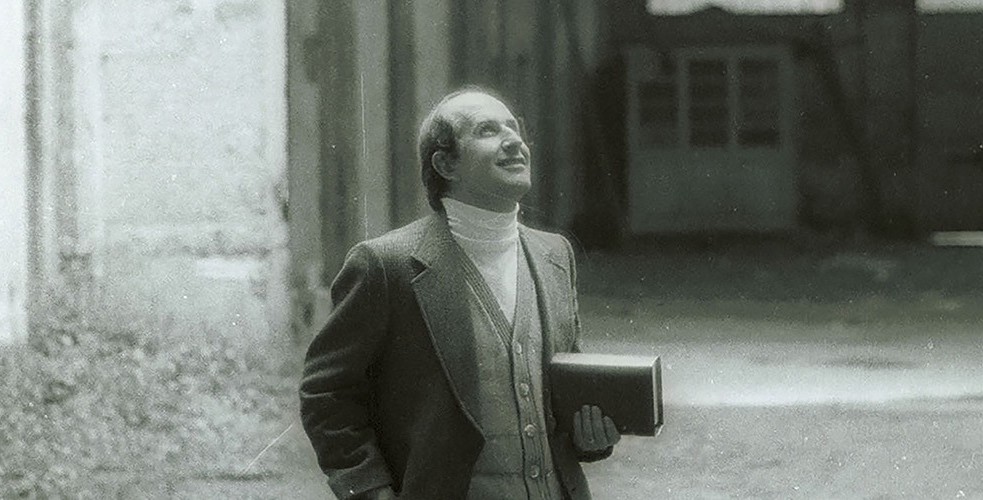 Even the keys arrive in a prophetic way at the hands of General Lodi. It is August 2nd when we enter our new home; I feel it is not enough to enter it as a community ... We are people of the Church and it would be significant that we enter it as a Church. By pure chance - which is a precise gift from the Lord - I manage to find the unobtainable Don Franco Peradotto, Episcopal Vicar. It accompanies us, makes us pray.
I have with me the Bible, some books by Luisa Manfredi, the Crucifix of Father Pellegrino, or the desire to walk together, the desire that the Arsenal is the home of all men of good will.

Don Franco reminds us that the feast of the Porziuncola occurs on August 2, a church restored by San Francesco.
Throughout this story I have never asked anyone to fall in love with this adventure, however the challenge of the Arsenal is addressed to anyone. Those who hear yes, run the risk of seeing their lives changed. From August the miracle continues and bears the name of a secretary, two engineers who ask to give us the project, of bricklayers, of carpenters ... and this mosaic formed by the flattening of a wall, by the electrical system, by a stained glass window, from a raised wall ... it takes shape to enter into an already established design and become a cathedral of peace because it is full of hope for all.
In three months we have worked thousands of hours and the Arsenale already looks like a house, has already received many visits from desperate people, people willing to work ...

Tomorrow
Those who understand it say that it will take 6 billion to rearrange it.
If it is a miracle - and it is - this figure is already canceled. I am sure that the Arsenal will come up thanks to the contribution of so many people who will work for free bringing us some of their trade and I am sure that even with poor means (to continue to return to the poor of the earth) we will do faster than any company that have workers and resources.
The Arsenale is already rebuilt if we as a community know how to be simple as a piece of bread, that everyone can eat, we know how to be full of prayer and charity. The miracle continues ... Day after day we continue to pray to be careful to transform something impossible into possible, to rekindle some extinguished star, if God wills it.