November 2, commemoration of all the dead 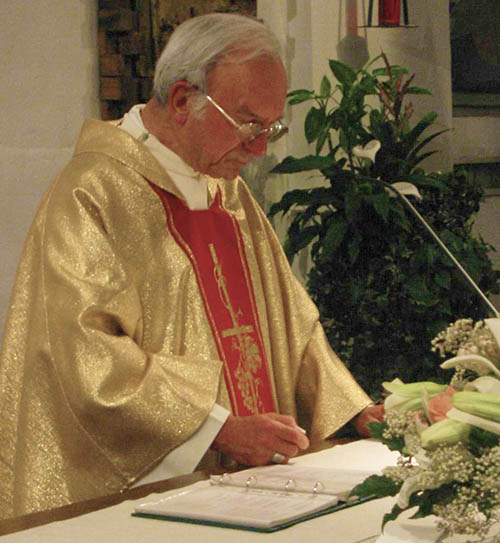 "And this is the will of him who sent me, that I lose nothing of what he gave me, but resurrect him on the last day" (Jn 6:39): it is Jesus' word about death. As we have read and heard, the Lord wants to make it clear to his disciples and to all of us that death is conquered, like sin. He is the Redeemer, because he overcomes sin and death.

In the very moment in which he offers his life to the Father, we are forgiven and this forgiveness is offered to all. And at the very moment that He is resurrected, His Word comes alive, and we live in fullness, as He promised. And we too, like him, will one day rise again; through the passage of death, we will recover the fullness of life.

It is difficult for someone who does not have faith to concretize so strongly the fact that death has lost its strength. St. Paul says, in the letter to the Corinthians in chap. 15, that death has lost its mortality, that is, death has emptied itself of its capacity for destruction. The other day in Brazil a boy caught a scorpion (in certain areas of my country there are these scorpions that have a very strong poison) and, with scissors, he cut off the tail: the scorpion could no longer harm anyone. I think this is what happens when Paul says that death has lost its poison. The Lord has cut this poor death, so that we can pass through it, overcoming its sense of destruction: death, thanks to Him, is now for us like a door that opens to enter the Father's house. Then we believers of 2000 can understand why the first Christians called the day of death the "dies natalis", the "day of life", that is, the day of eternal peace, the day on which one enters full life.

A very beautiful comparison that the Fathers often used is that of the child in the womb of the mother: he is about to be born, but at the moment his is a life that has not yet reached its fullness. True life will come when it begins to see, to walk, to feel, to experience the world. The Holy Fathers used this comparison to make it clear that on this earth we live like a baby in the womb, and at the moment of death we are as if thrown out of it ... just as happens in childbirth.

The prospect of inevitable death is often a burden for us that saddens us, but St. Paul said: "Don't do this". We Christians must help us to give the comfort of faith to others, because we know that we are called to the fullness of life, to the resurrection, because Christ is risen. This is one of the characteristics of Christian life, undoubtedly the most important, it is a sign of liberation, a sign of the promise fulfilled by God. The risen Jesus for us is the proof of the fullness of love, because he passed through death, he has won it and offers us the certainty of eternal life.
I know the experiences of some people who go to the encounter with death with a tranquility, with a peace of mind, which is almost a mirror of the death of Jesus.

I remember a lady from a small town in the diocese where I live, a mother of three children, a very spiritually prepared lady, who had cancer which gradually weakened her; at a certain moment, she realized that humanly she could not recover her strength. I have visited her several times, as she is the sister of a priest. Well, she lived the prospect of his death in peace. At the end of her life, just in the last days, she was so beautiful and said: "Lord come, take me with you". I had the impression that Our Lady was with her, because she said: "Mother, now we will see you". Her family members, who were not all so Christian in practice, were amazed that she was in very severe pain, but those pains hardly mattered to her. And they were so impressed and struck by his faith and his peace, that they calmed down, they reassured themselves, so much so that they began to pray, thanking the Lord for this grace he gave them.

This is to say that we often speak of resurrection in a very abstract way, because it is a difficult concept to concretize, but when we see cases like these, it becomes understandable.
I know another person, still alive, a priest who has dedicated his whole life to young people, a kind of national representative of the youth movements, a Passionist. I was with him for a few years, we worked in the same episcopal conference. A somewhat modest man, always available, discreet, almost shy, full of goodness. Everyone respects him. Then, one day, he knows he has cancer. Then he wrote a letter to young people, saying something like this: "Look, I love life, and I have a great desire to continue living among you, to collaborate with you, to participate with you in meetings, meetings, assemblies, much it is true that I ask the Lord that my life continue like this. I offer my desire to live for everyone. However, if the Lord calls me, and this desire does not occur, I am happy all the same, because I offer my life for Him. And I give my death for the young ”. This writing was then distributed to young people while he is fighting cancer, but with such great serenity that it makes me think of St. Francis, the one who praised the Lord for "sister death".

If we are able to say to the Lord: "Lord, now I understand a little better that I must not sadden myself at the thought of death, because You have changed my future. I understood that death is a passage, an Easter, the entry into your home ", I believe that this will give the world a very great joy, because it is he who promised this. If a person makes us a promise, we immediately think: “Is it true? It will be so: should I believe it or not? ". Instead we must strive to say to the Lord: "You have made me a promise: well, I am sure of You, I am convinced of Your faithfulness, and I live in faith in You, Son of God who loved me, you gave yourself up to death for me, and you are risen for me ”. And this, I believe, is a mission that has been entrusted to us so that we could live it within our family, in the midst of friends. 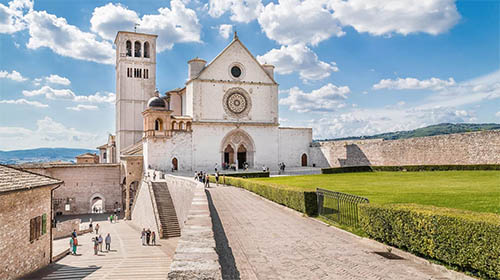 In this world we Christians live not as strong men who despise pain, this is not what is required of us - Jesus wept, and as, in Gethsemane - but we live supported by the strength of faith, by the certainty of Christ's promise, by the certainty that it will be like this, that we will go to the house of the Father. I think the liturgies that we celebrate for the dead are not very Christian. The resurrection is a truth of faith which at the same time entered and did not enter our consciences. She entered because we believe, and she did not enter because in the face of death we continue to mourn. These attitudes arise because one does not yet have faith.
Walking in faith, on the other hand, will give us the joy of going to death peacefully, entrusting ourselves to the Lord, who created each of us for happiness, and we believe in this, because the Lord has come among us to help us believe. in the victory over sin and death.

So today, gathered in this place of peace, I believe that we can ask Our Lady to always help us, especially at the moment of death, so that we are truly capable of living with a big heart "Lord, here I am". “Life now passes, let's go on, let's enter the house of the Lord. See you in Paradise ”: this is what we must say to non-Christian peoples. "We are all called to enter the house of the Lord": here, if we Christians are able to say, to live in this way, we are sure that humanity that suffers and suffers this anguish of death will have a double peace that only we can give , because we believe in the word of Jesus: “This is in fact the will of my Father, that whoever sees the Son and believes in him may have eternal life; I will resurrect him on the last day ". (Jn 6.40).

Homily of DOM LUCIANO in Assisi on November 2, 1996