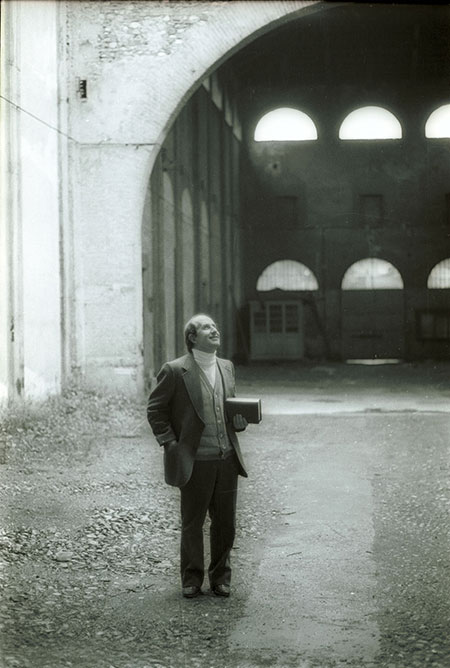 A special party for the birthday of the Arsenale della Pace. Archbishop Nosiglia: the diocese of Turin invokes Mary as Mother of Youth.

August 2, 1983. Ernesto Olivero and his friends for the first time entered the ruin of the former military arsenal of Turin. For Sermig, it is a historic date, to remember, the beginning of a human and spiritual adventure that continues and expands. Each year, the memory is enriched with new ideas, with new nuances. Those of this year are like a caress. Even the archbishop of Turin did not want to miss. Archbishop Cesare Nosiglia celebrated mass together with the Fraternity and hundreds of young people from all over Italy, who are spending days of reflection, discussion and service at the Arsenal. "I am here because August 2 is an important day in the history of Sermig, - said the archbishop - but also for another reason, linked to Maria Madre dei Giovani". The thought goes to the icon of the Madonna of the three hands, arrived from Russia, donated to Sermig by an unbeliever and blessed by the pope: the image of Mary who for years at the Arsenale has been invoked with the title of Mother of the Young and who the new Sermig church dedicated to Cecilia Gilardi will soon live.
A new title in the history of the Church which, from August 2 of this year, by decision of Archbishop Nosiglia, will be added to the Marian litanies recited in the diocese of Turin. Not only that, the 2nd of August for the local Church will become the annual feast to invoke the Madonna as Mother of the Young.

The announcement was greeted with great emotion by the whole Fraternity of Hope. Ernesto Olivero, thanking the archbishop, recalled the atmosphere of the beginning. "On August 2, 1983 - he said - we entered the Arsenale without fanfare, in silence. We had nothing, but we had a dream, even if we still didn't know exactly what it was. Loyalty, obedience, sweat, unimaginable efforts made us discover it. We entered with the Bible in hand, a book by a non-believing friend of mine and the gift of our bishop, Cardinal Michele Pellegrino: a crucifix given to him by a prisoner. To accompany us, there was also a priest, Don Franco Peradotto. Thinking back, in that ruin we did not enter only as Sermig, but above all as a Church. We entered with the Word of God which would become more and more our breath, but also in the name of all men of good will and of the world of suffering ". 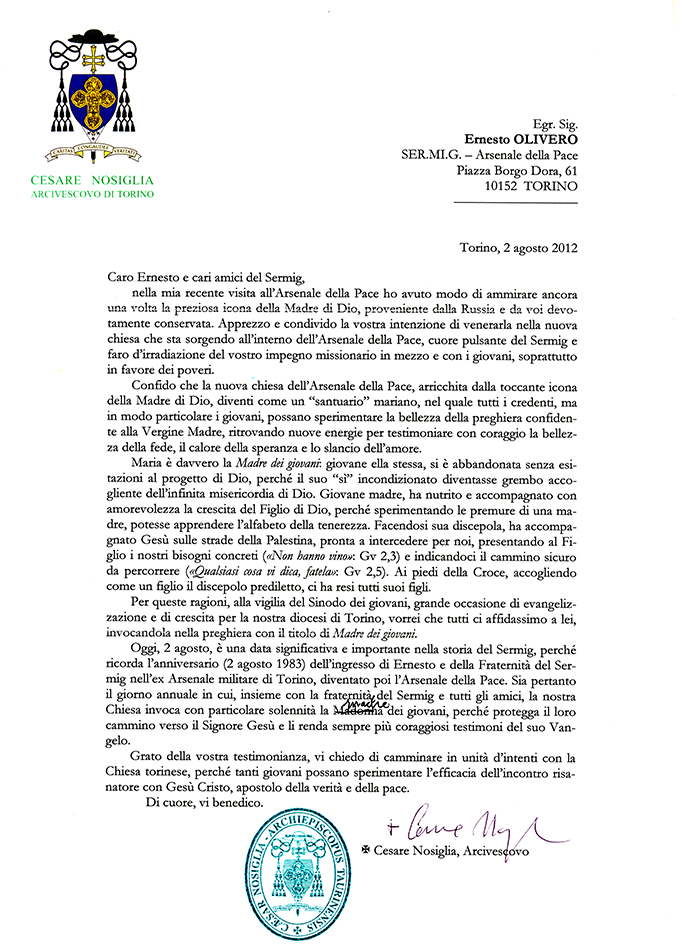