The true yes is made possible by the presence of the Lord.

The first days of January the Arsenale of Turin was populated by families who have long followed the spirituality of Sermig and are inspired by restitution as a lifestyle. They came with their children, boys and girls, to reflect on the Word and Presence of God. The meeting with the families made me rethink the common root of our vocations, different but enclosed in a single Fraternity: married, nuns and monks (including now some priests). The love that God has placed in our hearts is one and the diversity in God is harmony, as it is in all creation: the sun and the moon do not shade each other and in every corner of the creation there is completeness of each other. A man and a woman fall in love and love pushes them towards each other, for a lifetime. In the same way, when a man or woman feels the Presence of God as the most beautiful encounter they say to God: I will be yours for all my life, I will run my whole life for You, to give you joy. For a need for love, fidelity will accompany this yes, the yes will grow in order not to disappoint God who first gave his Word. In one case as in the other, love is a gift, it does not know the habit, it makes visible the love that is God.

Jesus born in a family confirmed this logic of God. But growing in the awareness of being the Son of God, Jesus chose for himself an exclusive love for the Father, without human mediation, as it will be in Eternity. From him the choice to restore life entirely to God in celibacy: to be totally for God and in his name for anyone who approaches us, especially the poor and young people. The Council calls it "special consecration" ("those who, called by God to practice the evangelical counsels, faithfully make it their profession, consecrate themselves in a special way to the Lord, following Christ who, chaste and poor (cf. Mt 8:20 and Lk 9:58), redeemed and sanctified men with his obedience pushed to the death of the cross (cf. Phil 2: 8). So they, animated by the charity that the Holy Spirit instills in their hearts (cf. Rom 5, 5) they increasingly live for Christ and for his body which is the Church (cf. Col 1:24). From the document Perfectae Caritatis). We are all consecrated by baptism, we are all called according to our state of life to follow the poor Christ chaste, obedient. Those who follow him on the path of a special consecration are no better than others, they simply live an undivided love, an intensity of love that can be reached in the same way by anyone who approaches them. He lives all this with great humility and trust. in God, because he knows that "the true yes is made possible for pr essence of the Lord ", as our Rule recalls. 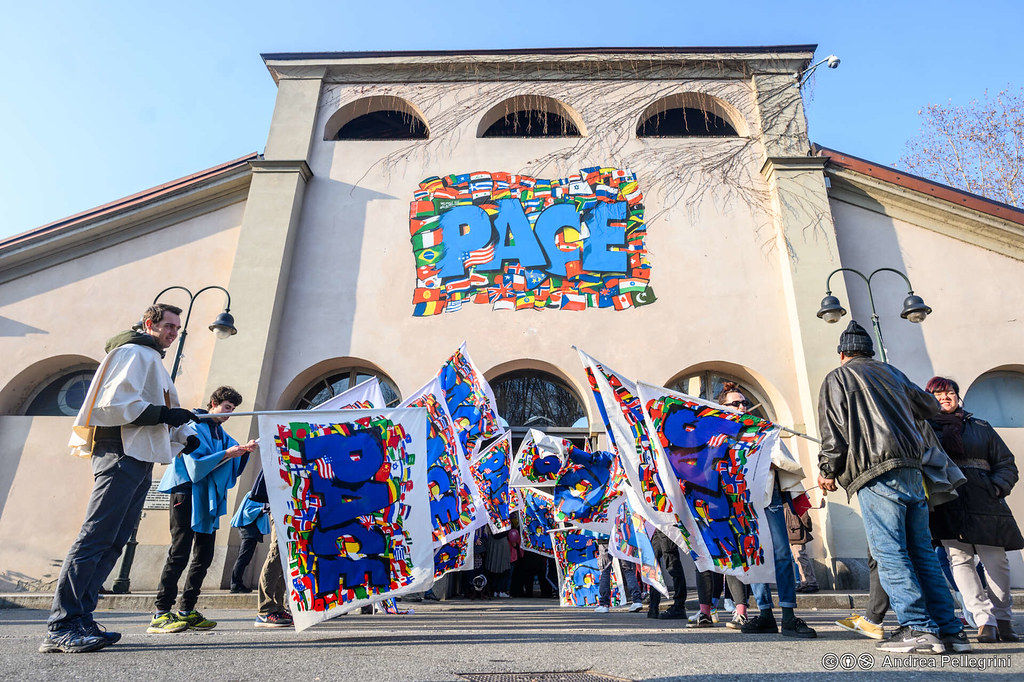 Hence the term we have chosen to define the state of life of those who are called to a special consecration within the Fraternity of Hope: monk. That is, he who wishes to be monos, unified in himself, the one who - on the path traced by the ancient Fathers of the desert - "wants one thing": to let Christ live in himself (Gal 2,20). But unlike the Desert Fathers, we have chosen to make the city our desert, a place of search for God, of charity towards our brothers and of the fight against the evil that would like to grip us and the world. As Ernesto writes to the Fraternity: "In the common mentality the monk, the nun are those who live on the mountain, far from the world. I would instead like the monk and the nun of the Fraternity of Hope to bring the mountain in the middle of the world, they were a piece of heaven on earth. I always thought that the specificity of our monks would be to indicate to everyone with their own life, with their own silence, the things of God in a simple and transparent way. Only if the fertilizer mixes with the earth, the it makes it fertile and makes it fertile: the monks of the Fraternity of Hope do not live separated from the world but continually live in the Presence of God ".

Through the mouth of the prophet Isaiah, God says: "My house will be called a house of prayer for all peoples (Is 56,7). Just as the Arsenals are a house of prayer for anyone who enters it and make a house for all peoples, even every monk, every nun who lives in the Arsenals tries to be in his person a house of God, a house of prayer with doors always open to anyone he meets and wherever he is, on the streets of the city, on the road or in the Arsenals. evident external signs, to disappear among the people as leaven in the dough and be a simple seed of hope. This discreet presence alongside the lost, anguished, poor brothers wants to be a presence of love, prayer and offer, careful to grasp needs and promptly respond to the calls of the Spirit. A presence that works on behalf of those who approach us. Mary's gaze is a model of our presence in the world: a loving, caring and alert look in every situation. one. Together with her and with her help, as our Rule reminds us, we all seek "the humble sanctity of love".