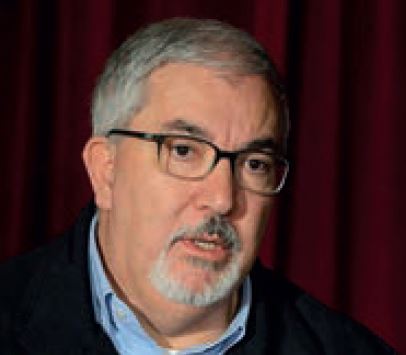 It is the first in Italy. Don Carlo Vinco (photo), parish priest of the church of San Luca in Verona was elected, with a large majority, by the Veronese city council, after the previous guarantor, Margherita Forestan, resigned for health reasons. «I come from a history of relationships with prisoners - says Don Carlo - that he is independent of my being a priest. They are bonds that I have cultivated as a friend, an acquaintance ». Over the years he has been with them, supported them, helped them re-enter society.

«The role of the Guarantor in Verona - she underlines in an interview with Telepace - was set in a very significant way by Forestan who lived this role with great passion, competence and intelligence.
He was able to juggle commitment and a truly significant human charge. Even with his support and his presence behind me I hope to be able to continue on this path ».

Don Vinco has a year in front of him to set up his work inside and outside the Montorio prison, his appointment in fact expires with the City Council next year, "a time - he anticipates - in which I will also decide whether to reapply for a new mandate ". It has to deal with a very varied prison population, with numerous foreigners who do not have family ties and friendships in the area, and this greatly complicates the possibility of reintegration, prison is one of the places of greatest fragility and poverty. Two priorities, therefore, for Don Carlo: attention to personal situations, loneliness, lack of family. And then the relationship with the city so that the prison is not an island.

The Guarantor is a figure established in 2009 autonomous by the institutions, has the task of promoting and defending the rights of prisoners and above all to commit to allowing them to live in prison as a re-educational penalty, which can reintroduce them into society. For Don Carlo there is a long way to go also because in recent years he has adorned himself back. "It is precisely that - he reveals - that the director of the prison, Maria Grazia Felicita Bregoli asked me: to reactivate existing projects and cultivate the relationship with the territory, a fundamental point considering that many people in prison are not Veronese". And it is precisely in this work of creating bonds that Don Carlo will be able to make the difference. Among the first commitments is to follow the resumption of projects involving prisoners, blocked by the pandemic and the defense of the rights to care and health in fragile balance for Covid.