Fraternity in the Church

Being in the Church not as in a structure, but as in a Presence to be converted to.

Ours is a story of faithfulness to God in the Church. The first group of Sermig was formed in the 1960s, the season of the Council. But they were also years of strong contestation and often of rupture with the Church by youth realities who wanted it poorer, more detached from the powers. We too shared some of these criticisms. In us, however, they did not produce protests but suffering, as we suffer for those we love.

Don Michele Do, a priest to whom we often asked our questions in those years in search of convincing answers, gave us the key: the Church is not a structure that needs updating but a presence, that of Jesus, to be converted to. Said by him, who was at the forefront alongside the poor and was really far from any temptation to power, this response confirmed us in the decision to stay in the Church: “A presence sometimes difficult to recognize, tiring to live, but desired from Jesus to open the way to the Kingdom and to announce to all the good news that new heavens and new earth are possible ". 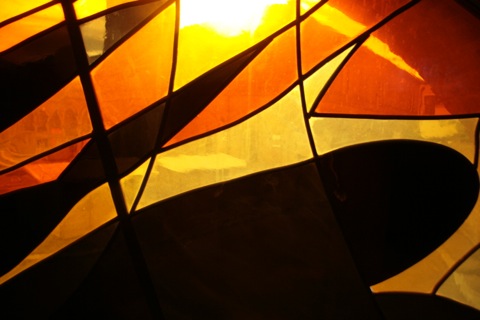 In 1969 Ernesto Olivero felt pushed to meet Paul VI to bring him the criticisms of the young people towards the Church. The Pope listened to the opinions of that handful of young people that we were, replied that he too wanted what we wanted and concluded: "I hope from Turin, from Piedmont, land of saints, for a revolution of love". Those words remained printed in us and supported us in the following years, years troubled by discernment on our being rather than on our doing. We felt that we wanted to be a sign of hope for people dazed by contestation, violence, armed struggle and we were looking for confirmation.

The confirmation was given by John Paul II on January 24, 1979, in the second meeting with Ernesto; he still didn't know us well but he gave us a very clear word: to bring out the dormant hope in people's hearts.

In our history, the reference to the Church is a constant; these days the meeting with Benedict XVI who received us with a group of young people who frequent the Arsenals and friends. Once again in the heart of the Church to deliver our Fraternity, our service alongside young people and at the same time to indicate to the young people present the meaning of our belonging to the Church. Not the prison of our dreams, of our hopes - as young people often hear it - but the home of everyone, where everyone can serve with their own particular gift, tried, tested, oriented but finally welcomed and valued. Even a fraternity founded by a married lay person, made up of families, young people and consecrated persons, like ours is a portion of the Church, traversed by the sap that baptism places in everyone. And God can use it to make his Kingdom grow in the history of men.

Belonging to the Church, always and despite everything, in our history has been a starting point but has also become a point of arrival. There are many moments when you are tested and being able to overcome them without losing confidence is not always easy. Moments in which brothers in the faith, pastors of the Church hinder us and make us suffer; there are scandals that question the credibility of the Church in the eyes of many people who are already critical or weaker in the faith. They are painful experiences that we all live. The point is to understand that the value of the Church lies in Christ, who wanted it as an extension of himself and accept it as it is, made up of a fragile humanity, subject to temptation, to error. Evil is evil wherever it comes from, evil must be repaired whoever committed it. Humanly we can all make mistakes and forgiveness comes to meet us, but then we need to convert and be reconciled. The needs of the structure cannot crush people, structure and people are all subjects of conversion, all on the way. But staying on your knees.