A family that welcomes

Our fraternities in every part of the world all have a preference for children and young people.

Last December (editor's note December 2011), the La Stampa newspaper reported that one out of ten children in Piedmont is poor (18% in Italy), does not receive adequate care and lives in an uncomfortable situation. The civilization of a nation is measured by the care of the weakest, old and children above all, and we have lost the preciousness of children on the street. Now that the economic crisis is progressing, it seems to us that the cause lies in the fact that there is no more money, but perhaps the crisis that has overwhelmed the children is previous, it is a crisis of care, a crisis of parental ability, a crisis of respect for the life and love, education crisis.

In the Rule it is written that all our houses, although having different priorities, have a preference for children and that the Arsenals are a family that welcomes. So the family is the reference for our metropolitan monastery, above all to welcome life in all its forms, support it, offer concrete answers to everyone's needs in an atmosphere made of authentic relationships, without distance between those who give and those who receive. 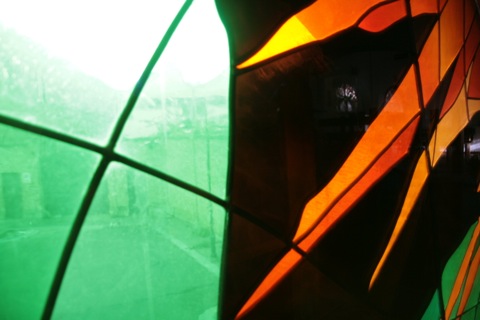 There is also a way of being fathers and mothers in the Fraternity, not as a surrogate of the real family, but as a choice of responsibility in accompanying the most fragile people.
As a family of families, the Fraternity puts children at the center. Our metropolitan monasteries have always been populated with children. A young father of the Fraternity recalls that his parents took him to the Arsenal, now almost thirty years ago, and to him it seemed "in fantasy a remote place that many have been looking for for a long time. Digging into memories I can't help but see a child making his way through the brambles and barbed wire... A magical place, a prelude to a greater magic, which had yet to take place...

Arsenal was the place where, sooner or later, I would go back. The thing I'm sure did that child most good was growing up, as well as with aspiring saints, with former brigadiers, ex-drug addicts, etc. at an age when you can't even quite understand the difference between them... Those who say that for every child it takes a village, a village to return to, where there is always someone ready to listen to you in the courtyard". Arsenal continues to be the place where dreams come true for his children and for the children of others.

It then happens that one of these families helps another family, especially in raising children. There are already many children raised between their natural family and the one acquired in Fraternity, which perhaps also supported the single mother. It is not easy, because it lays bare those who give and those who receive, it requires generosity, patience, a great and wise heart in order not to grant anything to one's presumption, not to judge, not to lose courage.

Then the life of the Arsenals expanded to the reception of children with disabilities, to the after-school for the children of the Porta Palazzo district, to the Nest of Dialogue. The walls adapt but we are mainly the ones who change to welcome them. Having a child within the walls of a house means leaving nothing to chance: identifying a danger, preventing a problem or helping to dissolve it. It is not a question of giving things or being apprehensive, but of creating suitable environments and changing ourselves to promote the harmonious development of children. "Children are not the problem," said Dom Luciano Mendes, "but the solution to our problems."

Mother Teresa left us this will: "We must take Our Lady with us and with her to go in search of children, young people, to bring them home." It tells us that children often do not live in safe environments and that they are entrusted to adults who do not respect them. "Bring them home" makes me think of the shepherd who gathers the sheep in the sheep and lies in front of the entrance of the enclosure so that no one enters to kidnap his sheep; it makes me think of the lost sheep and the shepherd who leaves all the others in the enclosure and goes looking for it. Home for children are the shepherds who protect them. It's a top priority.