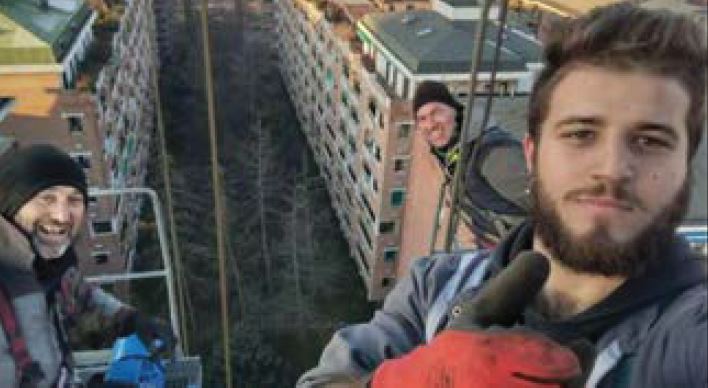 Roberto, Marco, Filippo.
Since December they have been watching us from a photograph, the last image taken on the crane in via Genova in Turin, the day before their death. A photo that more than many words gives the sense of what three broken lives are. I think we shouldn't take our eyes off that image that today has the flavor of a warning.
Because each of us could have been Roberto, Marco and Filippo. I don't know the causes of this terrible accident. Often the culprit is sought, but it is not enough. The point is that we cannot resign ourselves to living in a society where people continue to die in the workplace.
I think that believers and non-believers, people of every idea and conviction, can only meet on Consciousness, that voice that makes us understand what is right and what is wrong and shows us the way to build the common good.

Anyone who listens to conscience knows that safety in the workplace is not negotiable, that before being a matter regulated by laws and regulations it is above all a moral obligation, of justice, of humanity. Once, a father who lost his daughter told me that tears had open arms, he wished that pain did not have the last word. It is the wish I feel I can extend to families and to each of us.
Because that pain will perhaps be transformed, but only if we know how not to forget when the spotlights go out, when we put our choices of justice at the center of everything, if we accept to be the engine of change. 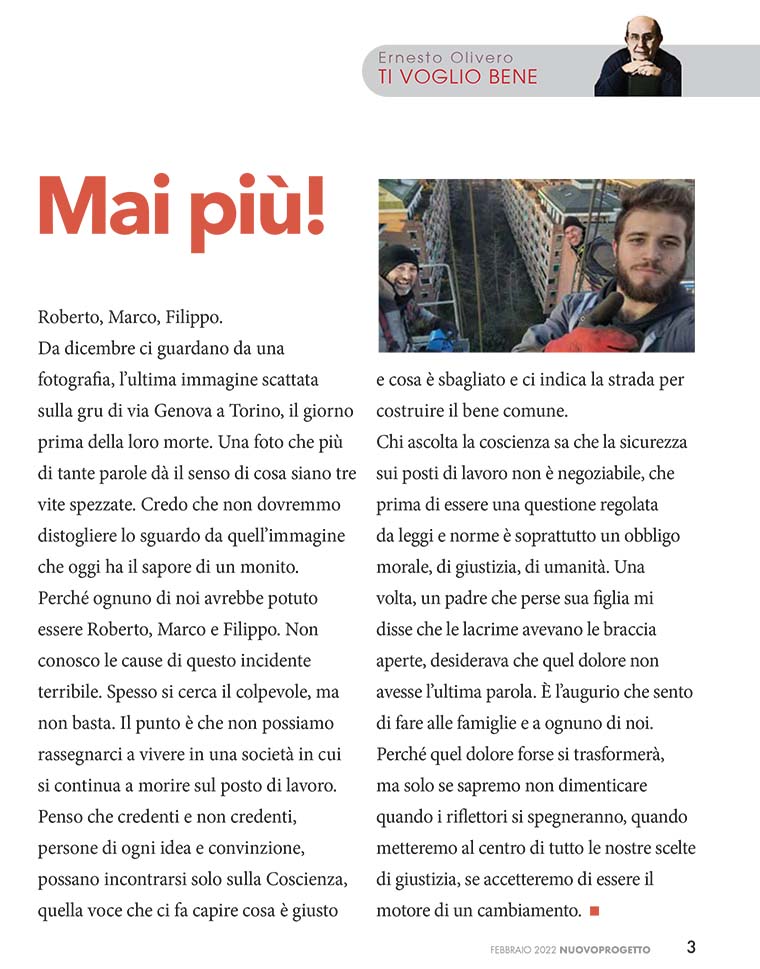