After the emergency what do we want to be? It just depends on us. 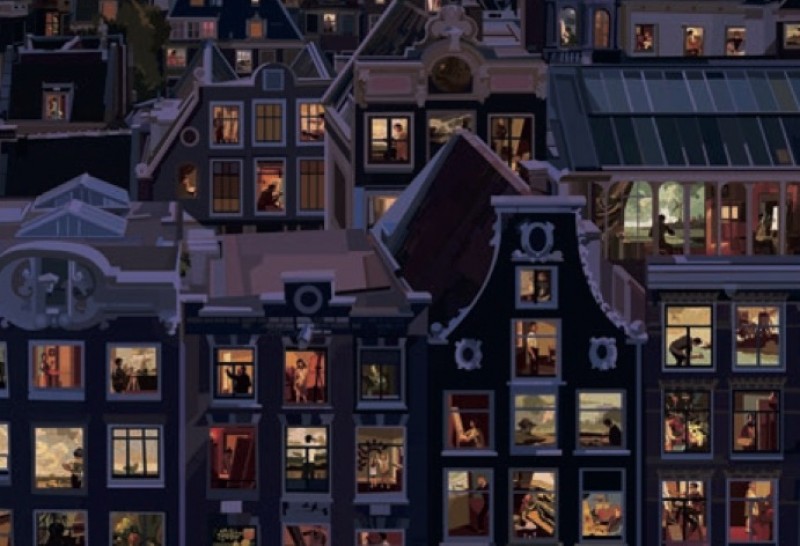 It doesn't seem true, but we are given a fresh start. We have been going out for complicated and difficult months: fear has marked us, the pain for many loved ones who are no longer there is still with us, normality is not yet full. Yet, we are here, perhaps different, more vulnerable, in some cases more angry, but with a great opportunity in our hands, the unique opportunity to ask ourselves what they have taught us these months, who we are and how we want to live.

Do we want to archive this time of isolation and effort as a bad dream? Do we want to pretend that the worst is over? Do we want to immediately look forward as if we wanted to forget? Legitimate choices, but which are useless, if not to make us superficial and indifferent. Instead, let us ask ourselves a question: can this tragedy be the starting point for becoming better? We don't have much choice if we want to make sense of what we have experienced. It is up to us to choose. Nobody can do it for us.

Competence and hope are the two key words that come to me. They closely affect the responsibility of all of us and in particular of those who administer the res publica, be it a politician or an official, who holds public or social service positions.

In recent months many shortcomings have surfaced. There are many honest and competent politicians and officials, who live their role as a service and a vocation, but it is clear that this emergency has found us unprepared to face the virus, especially in the RSA and on the territory.

From all this, however, we can draw a lesson that helps us to relaunch politics and public administration as an ideal space, as a horizon of meaning, in which to give wings to good projects, to great values, to true hopes. Competence, study, method and lifelong learning must return to the center of everything. We can't improvise. In words everyone wants to solve problems. In fact, we continue to disperse efforts and energies in sterile polemics and short-lived bickering, power disputes rather than confrontation over contents.

I dream of a ruling class of passionate people, at all levels, ready to invest the best resources in reconstruction, to network with the most authoritative realities in the country, to communicate enthusiasm and seriousness to young people.

I don't speak like a dreamer. The life of the Sermig Arsenals is very concrete, it taught me that it is possible to really change our way of thinking, that it is possible to believe in a new economy, in a new politics, in a new culture that puts man at the center, who start again with giving priority to the weaker groups. Who prevents us from starting over here?

Let's start with the young people. We transmit to them the responsibility of renewing the company from the inside in whatever area they choose to operate. As a Christian in recent months I felt an even greater urgency. Starting afresh from God, because only in him is there the hope that does not set. Putting God first does not amount to having the security of staying calm. Rather. It means letting yourself be disturbed by the unexpected, choosing to be with the poor, today increasingly poor. And to rediscover the true authority of those who have a governmental responsibility in that phrase of Jesus: "Whoever wants to be great among you will make himself your servant, and whoever wants to be first among you will be the servant of all". 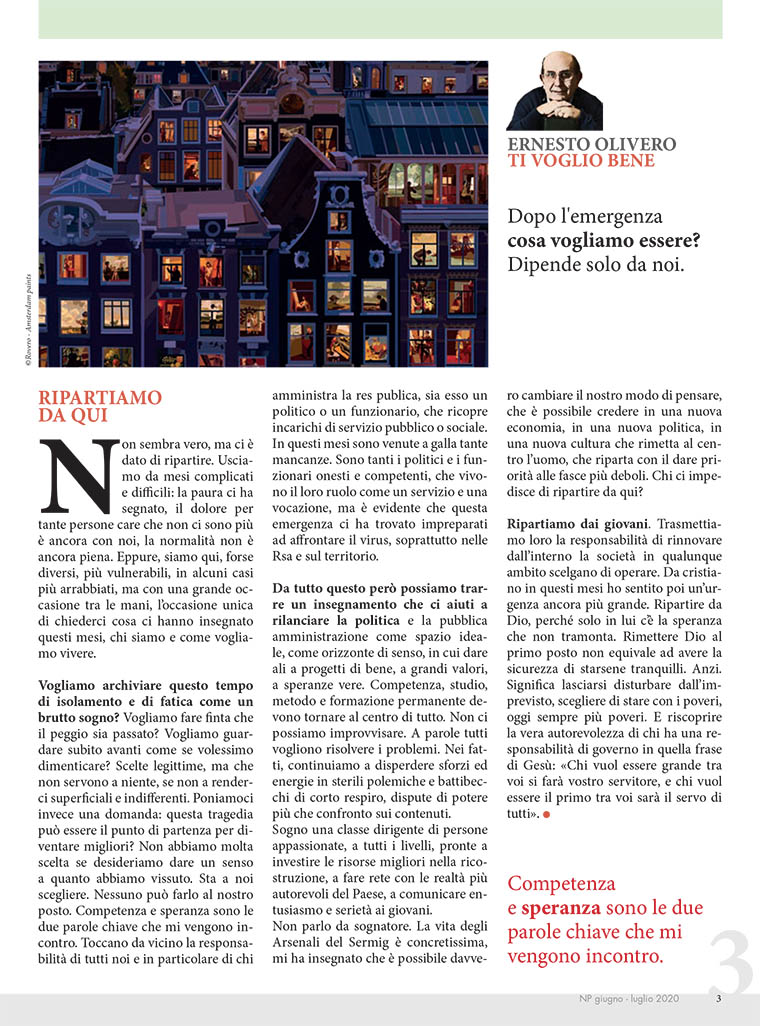