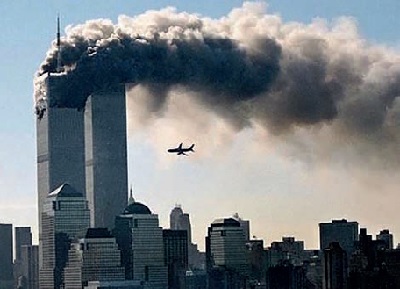 “More violence, more deaths, more pain for everyone. And so in the end the twenty-first century begins ", writes Paul Auster in the aftermath of the attacks of 11 September 2001. Auster is one of the many voices that helped build the idea that that day constitutes a point of no return of history and to ensure that the attack on the Twin Towers is considered a sort of watershed.

Twenty years later, we are increasingly convinced that it was an auspice, which never really became an actual reality. Of course, the impact, especially in the media, of that live tragedy, brought the public opinion to ask itself unpublished questions about lifestyles, interpersonal relationships, management of multiculturalism, which over the course of the twenty years will become rather a need, actually still little implemented, of "inter-culturalism". Yes, because it is one thing to note, within modern Western societies, the simultaneous presence of a plurality of different groups that act as a basis for cultural identification, another thing is to develop a project that translates the common commitment that has as an aim, the active encounter between subjects who carry different cultures, open to dialogue, willing to change and to be changed in the encounter.

The setback that the American giant suffered on 11 September 2001, he who, until then, believed himself apparently unassailable and invincible in his home (a "presumption of untouchability" shared a bit by the whole West), however, led to an impulsive and disordered reaction, summarized in the choice of the President of the United States, George W. Bush, to frame the attack as an "act of war". Not a few observers understood, right away, that this choice by the Bush administration, and with it by a large part of the world media, was an attempt to deny reality, to distract public opinion from all the questions it should have asked itself.
This reflection, first of all in terms of strategic-military self-criticism (as to the colossal failure of American espionage and counter-espionage and on what was and is indispensable for a sensible system of military defense), should then have led to a radical rethinking of American and Western policy in the Middle East! What we see on the twentieth anniversary of September 11, with the catastrophic exit from Afghanistan, chosen with Iraq as the objective of the Western counter-response to a terrorist act caricaturedly defined as an attack from the East and, indeed, from the Islam to the West seems to prove the opposite: mistakes are repeated and twenty years risk being passed in vain. We leave it to the experts to understand whether the moral pillars on which a liberal democracy is based are now in danger.

But reflecting on the errors of the past continues to be indispensable if we want to understand the remote causes of what is happening today. We limit ourselves to noting that in 2001 the language that expresses the perception of the other has definitively changed, with that irresistible need to stigmatize him as radically different and potentially dangerous, complicit in a universe generically defined as "Islamic" and in itself become a receptacle for all possible threats to our identity and, ultimately, to our freedom! As Maham remembers, of Pakistani origins but an Italian citizen (having been born in Rome), eighteen at the time of the attack on the Twin Towers: «That's when this rhetoric of 'we' and 'you' began. At first I didn't understand if I was "we" or "you", being Italian, but also Muslim ».
It would be enough to go back to that Ground Zero and carefully scroll through the endless list of names of the nearly 3 thousand victims of 9/11, engraved on the large bronze plates at the edges of the pools that have replaced the craters of the towers that are no longer there. It is a list that tells of a multi-cultural and multi-religious America: dozens of Hebrew names and perhaps hundreds of Islamic names stand out. They all share the definition "americans", an implicit invitation to avoid instrumental simplifications, ascribing victims and executioners to worlds so radically distinct and in eternal conflict.