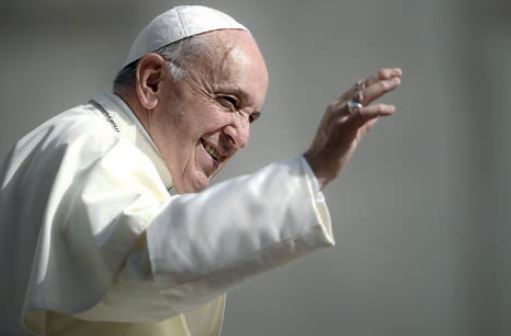 Pope Francis prays for work to become human again. In 2020 there was an "unprecedented" loss of employment. There is a no longer tolerable spread of degrading tasks. It is an emergency with devastating consequences. This is why a "profound economic reform" is urgently needed.

The Pontiff launched this planetary alarm in the long speech - in video message - of last June 17 to the International Labor Conference, with which he indicates the way that institutions, entrepreneurs and trade unions should follow to rebuild companies from the rubble of the pandemic, aiming above all to create "human" working conditions. The Bishop of Rome harshly denounces the injustices of which women, precarious workers, young people and migrants are victims. And he says that joining a trade union is "a right".

At the same time he urges trade unionists to be "prophets", to look to the future without devoting themselves only to their base now made up mainly of retirees, he encourages them "not to allow themselves to be locked up in a straitjacket": they are called to "focus on situations concrete aspects of the communities in which they operate ". While Bergoglio asks entrepreneurs to place their talents, "a gift from God", at the service "of the progress of other people and of overcoming misery, especially through the creation of diversified job opportunities".

The Pope, looking at the world that will come after the "threat of Covid-19", fears "the haste to return to greater economic activity"; one must instead work to avoid "the past fixations on profit, isolation and nationalism, blind consumerism".
He hopes "a new future of work based on decent and dignified conditions, which comes from collective bargaining, and which promotes the common good".

Francis invites us to "give priority to our response to those who are on the margins of the world of work" and who still see themselves affected by the epidemic.
Think of the "low-skilled workers, day workers, those in the informal sector, migrants and refugees, those who carry out what is usually called" the work of the three dimensions ": dangerous, dirty and degrading, and the list goes come on".

Then, on the subject of equal rights, here is a warning that Bergoglio is very fond of: "the shameful violence that is sometimes used against women, family mistreatment and various forms of slavery" is no longer acceptable; situations aggravated by "inequality in access to decent jobs and places where decisions are made". The papal appeal is loud and clear: the female universe must be protected more and better in all areas, including that of "women in the informal economy, including street vendors and domestic workers", who are affected by "the impact of Covid-19 from different points of view ".

Not having "accessible nursery schools - the Pontiff goes into detail - the children of these workers are exposed to a greater risk to health, because mothers have to take them with them to their workplace or leave them at home unattended".