Where will they go?

The impossible quarantine of the children of the Kivuli Center.

We were expecting it, and coronavirus has also arrived in Kenya. Everything happened in less than 24 hours. Yesterday morning we called a meeting of the heads of the Koinonia houses to decide together the directions to give to the children. After a few hours the first case was announced, in Ongata Rongai, the town on the outskirts of Nairobi where we have Tone la Maji and Malbes. She is a woman who was brought back a few days ago from the United States. Only last week, while I was in Zambia, a Roman friend who is following a project near Tone la Maji, she wrote me deeply moved by the prayers that our children were making for the Italian sick.

In the late afternoon after mass with Kivuli's children I illustrated once again how they should behave. I find it difficult to explain "social distancing". As I speak I think it will be hard to change the lifestyle in Kivuli which is the most important center of youth activities in our large neighborhood.

In addition to the resident children there are the most varied activities, from community radio to youth groups, from the computer school to the wood carvers, and the dispensary, the recording studio, the basketball team, the offices of a couple of large NGOs.

To stay at home? Which house? It seems impossible to be able to seal Kivuli, now there are over a thousand people who carry out the most diverse activities every day. Maybe we could do it. But what if they close schools? Where will all the kids in the neighborhood go?

When I turn on the phone again, the messages begin to arrive: the football championship is closed (and ours by Shalom Yassets are at the top of their ranking in their group!), All public gatherings canceled, the local stock exchange closed, the supermarkets assaulted and liquid soap disappeared from the shelves ... and even the order that all matatu be disinfected at least once a day.

I go out for a walk.

Apparently everything is normal. In the center meters on our side of the Kabiria Road, in brickwork structures (more or less) 3 or 4 meters from the side of the road, I count 32 shops (carpenters, barbers, butchers, mobile phone repairs, used clothing stores, a resale of medicines (difficult to call it a pharmacy) and two churches.

Then there is the line of stalls that touch the roadside, often interfere with traffic: fruit and vegetable retailers, dried fish, phone cards, plastic buckets, used bolts and screws, a boy who exposes 5 pairs of shoes used - or stolen? Across the street is the same story. 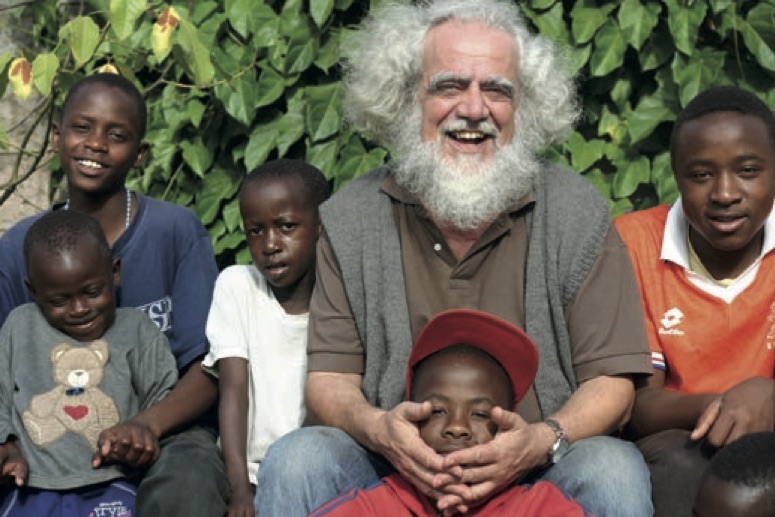 To stay at home? Where's the house? Perhaps a room where in the evening they put themselves covered on the ground so that there is enough space for everyone to lie down. Shared services. Water at the fountain. If schools close where will the children go? Furthermore, for the majority of these small traders, if you do not get up early in the morning and do not start your own shop, in the evening there will be nothing to put on the table, at the end of the month there will be no money to pay the rent.

I see Peter, the little man who lights a brazier a few steps from the Kivuli gate every morning and roasts corn cobs for passersby. He is fine if he earns 50 or 60 shillings a day, half a euro. "If you can't stay on the street, how will you do it?" He shakes his head and laughs. He doesn't want to think about it. I write that it is four in the morning. Uncontrolled rumors are circulating on social media that the cases ascertained are already more than 10. Who, in the event of serious complications, will have access to decent medical care? I don't mean intensive care. I console myself by thinking that Koinonia is made up of young people, who are almost never victims of coronavirus.

See the focus Reflections in Time of Covid 19