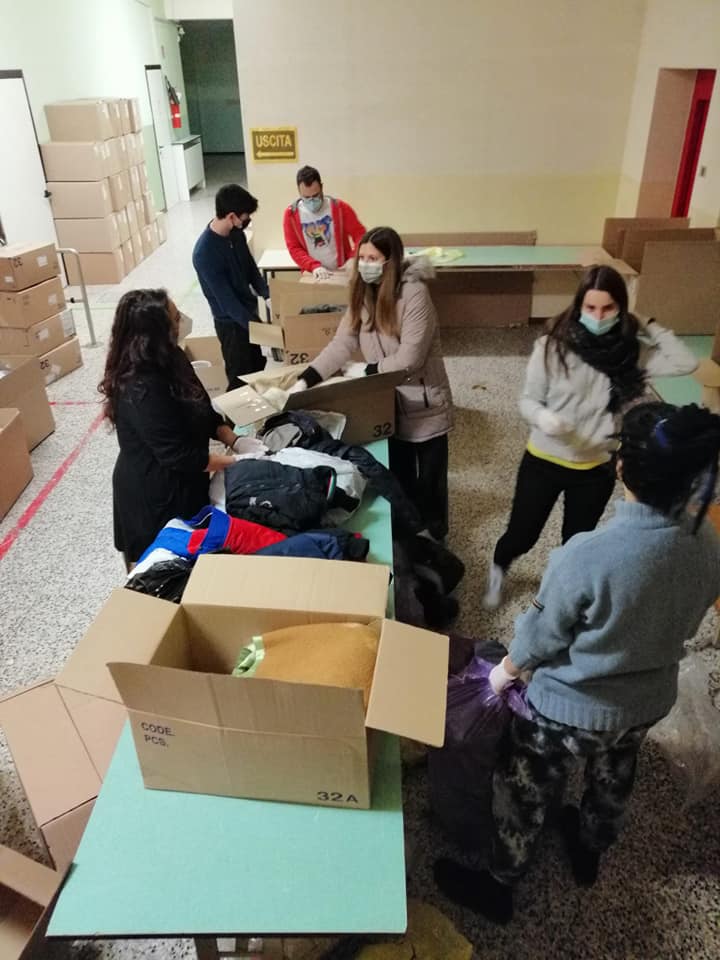 A chain of good crosses the regions in a time that forbids all travel. In Bonate Sopra, in the Province of Bergamo, aid is collected: from materials for the cold emergency to donations for projects to support migrants in Bosnia. A flyer, a few calls and a tamtam on social media: the group of young people from Bonate, who have been collaborating with Sermig in Turin for years, did not have time to make big announcements. Yet «The telephone rings continuously» says Chiara. "People call at all hours, even very early in the morning." They want to understand "how to be useful".

For two consecutive Saturdays the donations are collected in a space that the Municipality has given to the group: two classrooms of an old elementary school. The gates open, people arrive. The material accumulates and the access road to the spaces, central in the town, becomes clogged: too many cars are queuing up to wait. "We were incredulous," Shaquille repeats several times. The sorting of the material takes place during the evenings of the week: «you I was thrilled to see how many people got involved: many came after a day's work, tired. The burden of things to do was enormous.

But we were many and everything seemed lighter and… right - Alice explains - young people and adults together ». The material then arrived at the Arsenale della Pace in Turin, where it was distributed. "The truck was loaned to us by a theatrical company while the trip was financed by a volunteer": everyone returned in their own way. The commitment now shifts to the collection of food and basic necessities. Several territories of the province have already joined the proposal: they will collect donations where they are. The material will then also remain in the Bergamo area and will be donated to the Capuchin friars.

Organizing aid was not immediately easy: "We were all locked up in our lockdown, with many challenges, including personal ones: some of us graduated, some became parents," says Chiara. Worrying about other people's problems seemed "exhausting." But for the umpteenth time «we have learned to go out the front door. Happy to make others happy ». And Nicol adds: "I've learned that sometimes it's really enough just to open the door."