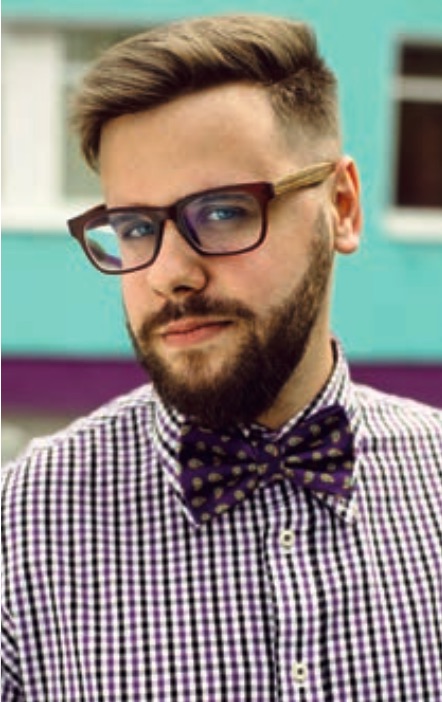 55% of European males today wear a beard, perhaps in order not to spend 3,000 hours of their life shaving (according to Braun's calculations), perhaps because the beard is a "hipster" fashion (which includes bicycles, craft beer, listening to vinyl music, organic food ...). The beard is by no means an innocent accessory, on the contrary, it was even a theological problem.

There is the famous beard of Aaron in psalm 132, a sign of a wise and pacified man, with oil that falls on the hair like the dew of Hermon. For Jews, the beard was sacred and could only be cut as a sign of mourning. If it was the enemies who cut it, as the king of the Ammonites did to the ambassadors of King David, it was tantamount to a declaration of war. St. John the Baptist had a beard, perhaps the precursor of the sect of the Essenes, all bearded. The man of the Shroud has a beard. The oldest images of Jesus are bearded: because, according to the art historian Father Heinrich Pfeiffer, they refer to a single model, the closest to the truth. The depictions of Jesus without beard are rather inspired by the model of the god Apollo: painted for the use and consumption of pagan converts, who wanted Jesus to be young, handsome and hairless. San Clemente d’Alessandria, 2nd century, thought of it as Father Pfeiffer: the beard makes it similar to the image of the Son, the firstborn of many brothers. "Perhaps God esteems beard hair so much that in men he makes it appear together with prudence," he said. When he was elected bishop, Saint Ambrose, who was shaving as a Roman magistrate, hastened to grow a beard, as well as to be baptized. The beard was in fact prescribed by the Apostolic Constitutions, always for the same reasons: to shave your beard is to despise God "who created you in his image". The text also included hair: a debate arose on wearing it short or long, reflecting the point of view of Western and Eastern cultures.

A sixth-century English canon law text, for example, instructs priests not to let their hair or beard grow. A canon of the Council of Rome, 721, seems to impose the custom of wearing long hair tied behind the neck, like many oriental priests, but it was interpreted in the Latin style, as an obligation to cut them. The Council of Toulouse in 1119 threatened to excommunicate anyone who had allowed a beard to grow "like the laity." One of the reasons for the dramatic schism between the Eastern and Western Churches in 1054 was that Westerners: "They celebrate with unleavened bread, shave their beards and their monks eat meat", according to the accusation of the patriarch of Constantinople Michele Cerulario.

There was also war with beards and hairless minds, used as signs of belonging. Hair, flesh, body are indeed sacred matter, but like a chrysalis. His vocation, said Saint Maximus, is to crack, to consume himself in order to bring out "the man within the heart", "the ineffable and prodigious fire hidden within the soul like a burning bush": being "deified", person of peace.