We invest in the after 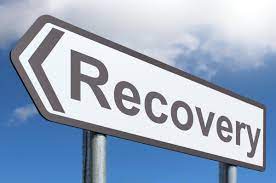 In the winter that touches us, we are still besieged by the risk of contagion. And we can't allow ourselves any distractions whatsoever. Penalty to pay hardly unforgivable lightness. Of course, the vaccine antidote is in play. But the timing to take shelter is diluted over the months, in stages that widen the audience of the immunized (but little by little). And it will be an anti-Covid operation that will last a long time. In the meantime we must fight, without giving up. In the meantime, however, the possibilities or the unknowns of the aftermath are emerging, barely glimpsing them. About how we will get out of it, about the broken bones that we will have to heal, about what will no longer be the same as before.
It will be necessary to invest in foresight, in attention, in awareness. We are perhaps learning to follow new tracks, but sometimes we can come across interrupted or not completely practicable paths. Let's take, for example, the intertwining of the network, which has proved to be a precious foothold by seizing opportunities to be put in place online. But, along the way, we realized that not everything can be packaged thanks to the web. Distance learning (Dad) has also shown all its limitations, seeing students clamoring for back to school in the presence, because their life as teenagers who study must be able to count on being together and not just on being glued to the pc.
And the psychologists have sent warnings for the incubating repercussions in the minds that this lack of relationships is generating between children and young people. And again the real but perhaps also emphasized boom of "smart working", to make up for the impossibility of going to work in person. Undoubtedly a resource, an often decisive card, an expedient that has avoided the collapse on certain operational fronts. But even here we must not exaggerate. Not everything can be reinterpreted with “smart working” or with video conferences. Apart from the fact that teamwork must always have some moments of interaction and face-to-face confrontation, no one should forget that life and reality cannot be entirely placed in the context of new technologies. There is land to cultivate to support the food sector, there are transport to be prepared, there are products to be made, there is an ecological urgency that must see its hands in the dough ... A sad and tragic alarm bell , to avoid these blunders, comes to us from the number of fatal accidents at work that have not decreased in the assorted lock-down of these months. And if we want to look with a little realism at the "Next Generation Eu" to which we will soon dedicate ourselves with resources of billions offered by Europe, we must deal with an industrial and artisan framework that cannot be imagined interpreted by who knows what magical technologies to do everything.
There will be sweat, fatigue, calluses on the hands ... it will take concrete genius, creative intuitions, courageous skills. And there will be heavy troubles when - soon - the social safety nets will end, and we will be faced with concrete jobs that are almost vanished. In short, there has been a long time to keep your feet on the ground.
Corrado Avagnina
NP February 2021
Share on social media