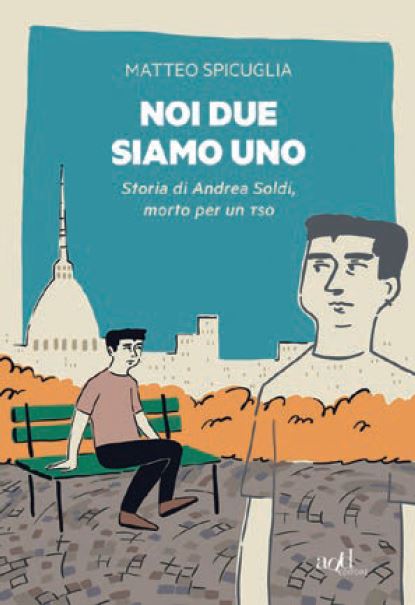 5 August 2015 the city is very hot, some are already on vacation, others are looking for some air in the neighborhood gardens.

Andrea Soldi is also sitting on a bench, but that is "his of him" his bench always, in every season. There he takes refuge when his thoughts assail him, there he finds comfort and feels at home. Andrea has been suffering from schizophrenia for years, his mother, father and sister are his support and Piazza Umbria is the place of his heart.

He is forty-five years old, he is not violent, he has never been dangerous, and yet, that August 5th he will die due to compulsory health treatment carried out by some traffic police and medical staff.

The trial has now reached the appeal stage, but this is perhaps the least important thing in the story.

After his death, the Soldi family found some pages that were Andrea's diary in which the very lucid transcription of suffering illuminates the psychological path and the silences that had enveloped him for years.

Matteo Spicuglia is a journalist who followed the case and did not stop at the news: starting from that diary and the memories of Andrea's father and sister, he widens his gaze from the bench on which he died to the world of mental illness and from Turin family to the many who have to live with prejudices and the inadequacy of medical and social services in the management of pathologies that still suffer from the social stigma.

In the diary Andrea had written that he hoped that his fatigue and his pain would not pass in vain; this book is why that won't happen.