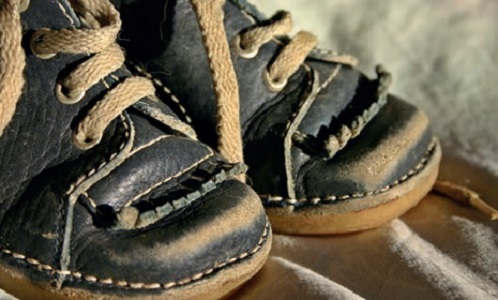 Leonardo walks. He did everything by himself, from moment to moment. He had known for weeks that his legs were able to flex and also to stay still. You saw him crawling around the house looking for surfaces on which to test the new discovery. The sofa in the bedroom, the television table, the rocking horse: everything was just right. Leonardo approached, looked up, stretched out his hand to grab the grip, then with the expression of someone who is struggling, here is the trophy of the standing position. In reality it was only a first conquest.

For a week it went like this: I stand with my little hands on his support point. Then, at a certain point, he realized that only one was enough. He didn't even know why, but the charm of the unknown was stronger. Why not try to break away? Easier said than done, but you could work on it. Leonardo began to experiment. One hand is always still, the other is left free. With an extra awareness: the legs weren't just made to stay still and firmly planted on the ground. It was possible to move them even though it was still early to understand how.
These were days of tender and funny attempts. The same script: crawling all over the house, the support point to reach, the effort to get up, the attempt to break away by holding one hand still, a timid step that always ended with a tumble. Leonardo had also learned to fall. When his legs trembled he would dive forward or sit down. No tears, no fear, just the security of those who know the fact of him.

The turning point came on a November evening, close to his first birthday. He ran up to the sofa bed in the room, got up, turned around and noticed that his rocking horse was a little farther away, in the middle of the room, a few meters away. The gaze changed immediately. From the series: “The horse will be mine!”. Suddenly he took off both of his little hands, staggering and falling to the ground. He immediately retired on leaning on the sofa cushion. Second attempt: the detached hands, the arms extended forward to maintain balance, the legs that move on their own. Cavallino reached: Leonardo and his first five steps.

Things like this don't surprise us anymore. We are used to taking them for granted, as if the miracles that surround us were textbook recipes. To be born? It's normal. To walk? Mashed potato. But are we sure? Beauty is continually given to us as a way to face life. Children are masters at this. No one taught Leonardo to walk. He simply trusted him, he was not in a hurry, he accepted life as it unfolded. Falling was not the end of everything, but an opportunity to try again, to get back on your feet and maybe walk the same stretch of road with a new awareness.

In a particular time like the one we are experiencing, perhaps we all feel a bit like children. Securities falter, we deal with fear and unexpected situations that destabilize our way of seeing and thinking. It's normal. But it all depends on how we respond.