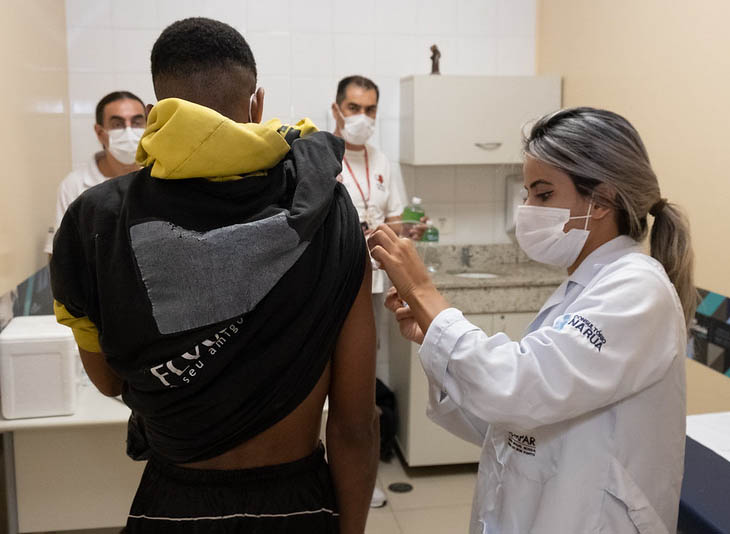 We have talked about nothing else on television for too long but finally, after a wait that seemed eternal, but in reality, scientific achievement was never faster, alongside the threat of the virus, to steal the show, finally the antidote.

Icy, aseptic, transparent, immersed in a polar atmosphere at -80 °, the first vaccine revealed itself to the world in the form of thousands, millions of little bottles packed in the fumes of the cold and ready to reach the first slice of humanity. With an intelligent move and perhaps for the first time totally shared, Europe has established a single date to start simultaneous administration in the 27 countries of the Union; that now fateful 27 December 2020 will perhaps go down in history as the official start of the countdown to eradicate the pandemic, a date that seemed like a mirage, a distant horizon that we are finally able to focus on, officially defined and close.

Considering the mutations of the virus, its increased contagion capacity and the reckless behaviors of many people, vaccination, to date, proves to be the only viable solution to first stem and then defeat the epidemic, even if the commitment and effort which will take over time are unmatched in the history of the planet.

Of course, this scientific achievement, like all things, even the good ones, will make the social divide that governs the world even more heavy and evident. The first immunized will be the rich countries which, as always, will also find themselves deciding the fate of the poorest ones who will hardly be able to purchase and inoculate the doses necessary to immunize the population without external help.

And so far we are at a reinterpretation of the tried and tested script, the rich West that decides who to save and who to abandon to their destiny but, if we dig a little deeper, we can clearly focus on a paradox that the spread of the epidemic puts in the field: it is really useful to leave a large slice of the world in the hands of the pandemic for years which, in the form of migrants, refugees, illegal immigrants and low-cost labor will pour into our social fabric continuing to fuel outbreaks of the virus with the consequences that do we know well?

We could therefore think that not out of humanity, but out of pure interest, the wealthy world, like certain ancient patrons, soon finds itself taking the field alongside the least, perhaps realizing, for once, that to do good, regardless of the motivation. , it helps those who receive it, but above all those who do it.

PS. With the surplus gain of the 1,000 billionaires of the globe made with the pandemic in 2020, approximately 570 billion, the entire cost of vaccination for all humanity could be covered.