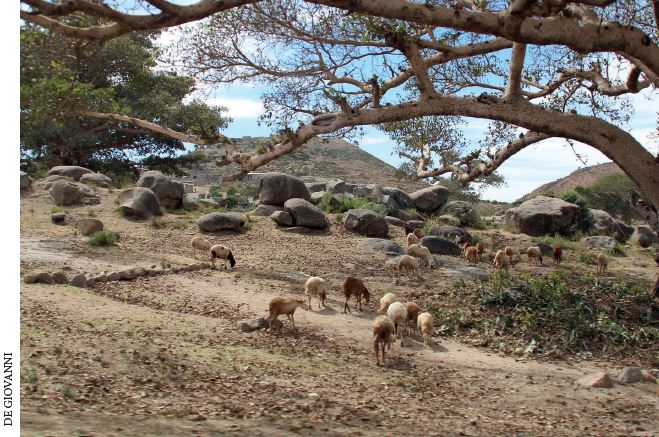 Bad news from Africa.
They do not concern the pandemic because the situation, due to conditions of greater isolation and the lack of assessment and tracking tools, fortunately holds. But the African problems are worse, deeper and in the future they will be exacerbated by the consequences of Covid. For example, one of the key issues concerns the poverty of children and even precedes the era of Covid. One in six children, Unicef ​​and the World Bank said as of October 20, 356 million worldwide, lived in extreme poverty before the pandemic. Two-thirds of these 356 million, 237 million, live in sub-Saharan Africa in communities struggling to raise $ 1.9 a day, the extreme poverty line.

It is the least filmed and touristic Africa, that of slums and rural areas often neglected by governments, where the landscape is dotted with miserable shops that after sunset turn into homes, of children without schools who cannot afford water or food and where health care, from a doctor to drugs, is a mirage. One aspect underlines the need to intervene with policies that are particularly attentive to children, the percentage of the absolute poor in childhood is double that of adults, 17.5% against 7.9% of adults. Policies that should be implemented by African states which, however, have so far not shown that they have the structure or the will to tackle the problem.

In fact, child poverty prevails, the two bodies say, in vulnerable and conflict-torn countries where minors in absolute poverty are 40% against an average of 15 in other countries. The direct relationship between conflicts and child poverty, the one that undermines the growth of a generation and the future of different nations, is immediate and evident.
In concrete terms, the main conflicts on the continent today concern the 5 states of the Sahel, Nigeria, the Central African Republic, South Sudan, Mozambique, Somalia. Apart from Nigeria, they are also countries with the worst development indices.
While Sudan is trying to overcome a grueling transition with the coalition government of the military with civil society that overthrew the fundamentalist tyranny Al Bashir, two great unknowns weigh on the Horn of Africa which retains the best development potential of the continent.

The first is of a political nature and depends on the future of Ethiopia, torn by ethnic conflicts and grappling with a very long electoral campaign. Ethiopian Prime Minister Abiy Ahmed, a year after the Nobel Peace Prize that had sparked great hopes, seems to have been put in crisis by the virus. Internal conflicts between ethnic groups and in particular that of the premier with Tigray are becoming gangrenous, the Nobel Prize does not seem to be able to resolve them with weapons other than violence. Thus we no longer get out of the spiral of poverty that starts with children. Outside, the tension with Egypt and Sudan does not drop due to the quantity of water to be introduced into the great dam on the Nile. Ethiopia needs to leave within the next four years to become independent on the energy front and, by generating development, resolve conflicts in part.

But Sudan and Egypt need water to irrigate their fields. If the solution does not come quickly, there is a risk of a water war. In addition, the Horn of Africa is threatened by the unknown locusts and climate changes with floods that put cereal crops at risk.

How does the spiral of poverty stop starting from those 237 million children who generate a future of death, suffering, forced migration and exploitation?
With a great alliance between Africa and Europe because, to paraphrase Pope Francis, neither will save itself.