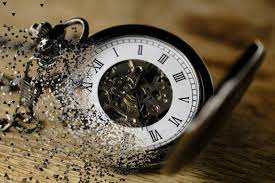 Tomorrow is a very hospitable concept. It opens a space in which to program many things, it does not filter illusions, it does not exclude the unexpected. Thinking about tomorrow has many faces; as explained by Silvano Petrosino, a refined system of predictions can be devised to harness it, or it can be left a little more free and called a future.

But is it daring too much to seek if tomorrow, something constant, has it? A clue can be traced starting from the etymology of the word. Which in fact is almost the same as the Latin expression from which it derives, "de mane". That is early, so after the night. Tomorrow is an idea, which will become concrete, as long as we accept that it becomes one after the night: after we let go of control. A trivial fact, but it leads to two conclusions: between us and tomorrow there is a space where the protagonist is not us.

And tomorrow you do not have it in possession. One thing, perhaps the only one, that we have available to gain an active role in our relationship with tomorrow, is to love it, to prepare it. Ernesto Olivero's letter from February suggests this: tomorrow must find us prepared. Preparing for tomorrow is a way to be responsible for it, and it always takes place in the field of today.