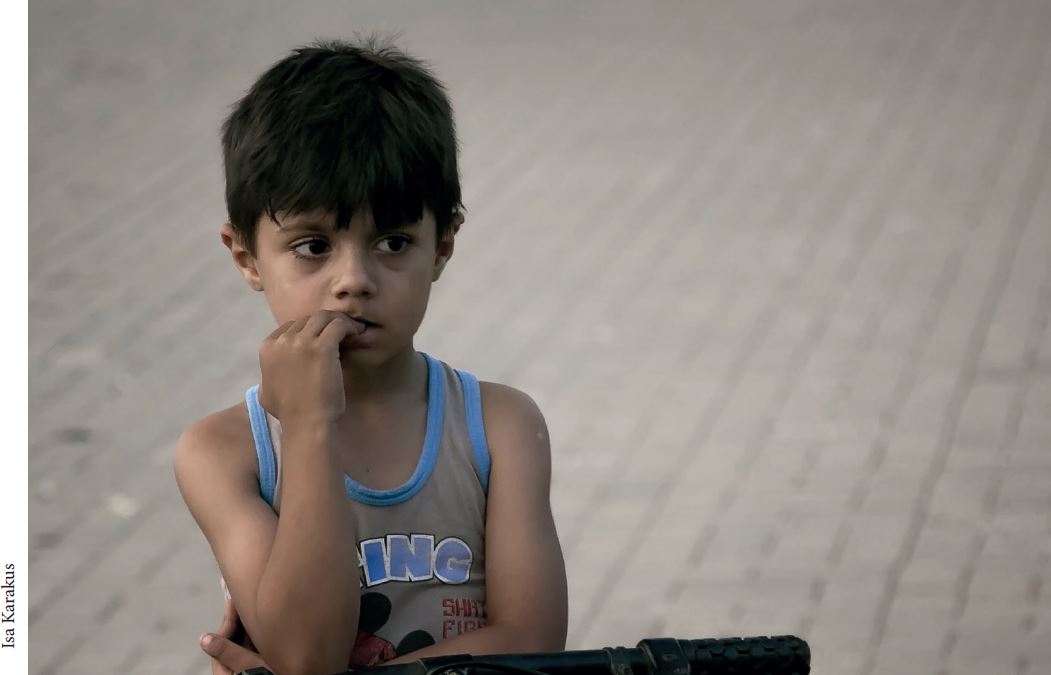 The large numbers are well known about the presence of Syrians in Lebanon, that is the world record in terms of proportion of Syrian refugees and number of inhabitants: one and a half million out of six million. Much less is known about how these people, in the course of a now chronic and structural humanitarian crisis, actually organized themselves to survive.

So when I go to the north of the country to participate in an interview, I am struck by the fact that the settlement is surrounded by greenery and consists of only three tents: I was expecting a large refugee camp, and instead we are surrounded by crops, chicken farms and greenhouses. The woman who welcomes us is called Mariam, she is 48 and she has been living in a tent with thirteen other people since they escaped from the war four years ago. The twin daughters and the son no longer go to school. "This is what makes me sadder", she tells us, "because I can neither read nor write and I would have wanted a different destiny for my children."

She says they do not have direct access to electricity: the owners of the land provide it to them for one or two hours during the night. This is the worst problem for her family, so they are planning to move further north to another settlement.
They have two latrines not far from the tents, but Mariam doesn't feel safe going alone. The lack of security against abuse, especially for women and the most vulnerable groups, becomes a very serious problem in prolonged emergency situations like this.

Since the beginning of the war in Syria, Lebanon has not recognized any status for refugees and wants to discourage their permanent settlement and local integration, even defined as "unconstitutional".
It is impossible for them to access skilled jobs, get basic health care, build homes or rent. They are forced to organize themselves into small settlements, called ITS (Informal Tented Settlements), which rarely exceed twenty tents. In a sort of neo-feudal mechanism, they rent the land they settle in from the landowners, in exchange for work and a few pennies. This is the case of Mariam, to whom the owner occasionally asks to work in the fields. In the total absence of future, prospects and emancipation.

Hindered by strict legislation and often hostility from local communities, the numerous NGOs that arrived at the beginning of the crisis can only patch up the situation: under the coordination of the United Nations, they refer cases to each other according their sector of intervention, helping in the creation of temporary shelters, in the installation of solar energy lamps, and then in the distribution of latrines, water tanks, blankets, mattresses, fire extinguishers. Or they try to prevent and intervene in cases of abuse of women and child exploitation. With Covid-19, the distribution of disinfectant kits, masks, food rations and other materials was added to isolate positive cases as much as possible.

But we must not be under any illusions. Humanitarian intervention can never be the solution in such deafening silence at the political and media level.
Although many Syrians still dream of returning, they have no idea whether their land there is destroyed forever or occupied by others. They are therefore stuck in a limbo where they cannot go forward or backward.
For the moment, therefore, their thought is to survive, to carry on day after day, and to survive the next winter.