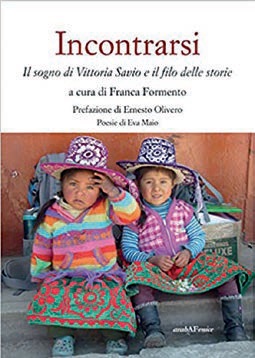 I always remember Vittoria Savio. I was little more than a teenager, she was a few years older than me. We both took our first steps in Chieri, our city. I, born in the province of Salerno to a mother from Campania and a Piedmontese father, had returned to the North with my family. Vittoria, on the other hand, had never moved. Very nice, full of enthusiasm and ideals, she would do it soon. I remember the spirit of those years, our desire to think big and change the world.

We were very young, inexperienced, but we really believed that the future was in our hands. In me, this awareness met the great ideal of overcoming hunger in the world. A dream that would soon involve many friends, the initial core of Sermig. I believe that Vittoria was moved by the same ideals of justice, peace, commitment. She was a teacher, but evidently the ordinary school routine was not enough for her. There was something bigger to live and build. He realized this along the way, when the first experiences of volunteering in Peru soon became the "forever" of his life. When his ideals were reflected in the lives of dozens and dozens of girls who left their villages and their families for the big cities. Those girls worked as maids, very often having to face a fate of abuse and violence. Incredible stories that slowly became Vittoria's reason for living. Welcome homes, schools, job opportunities, especially the spirit of a family: Vittoria's life and happiness are all contained in this commitment that has become a 24-hour commitment. I am proud to have crossed Vittoria's dreams when they were still sprouts.

Her example reminds me of many men and women of good will who, starting from spiritual, political or philosophical motivations, have decided to think of others. The exact opposite of those who for the same reasons decide to mind their own business. Vittoria has never been like this and this book testifies to it.