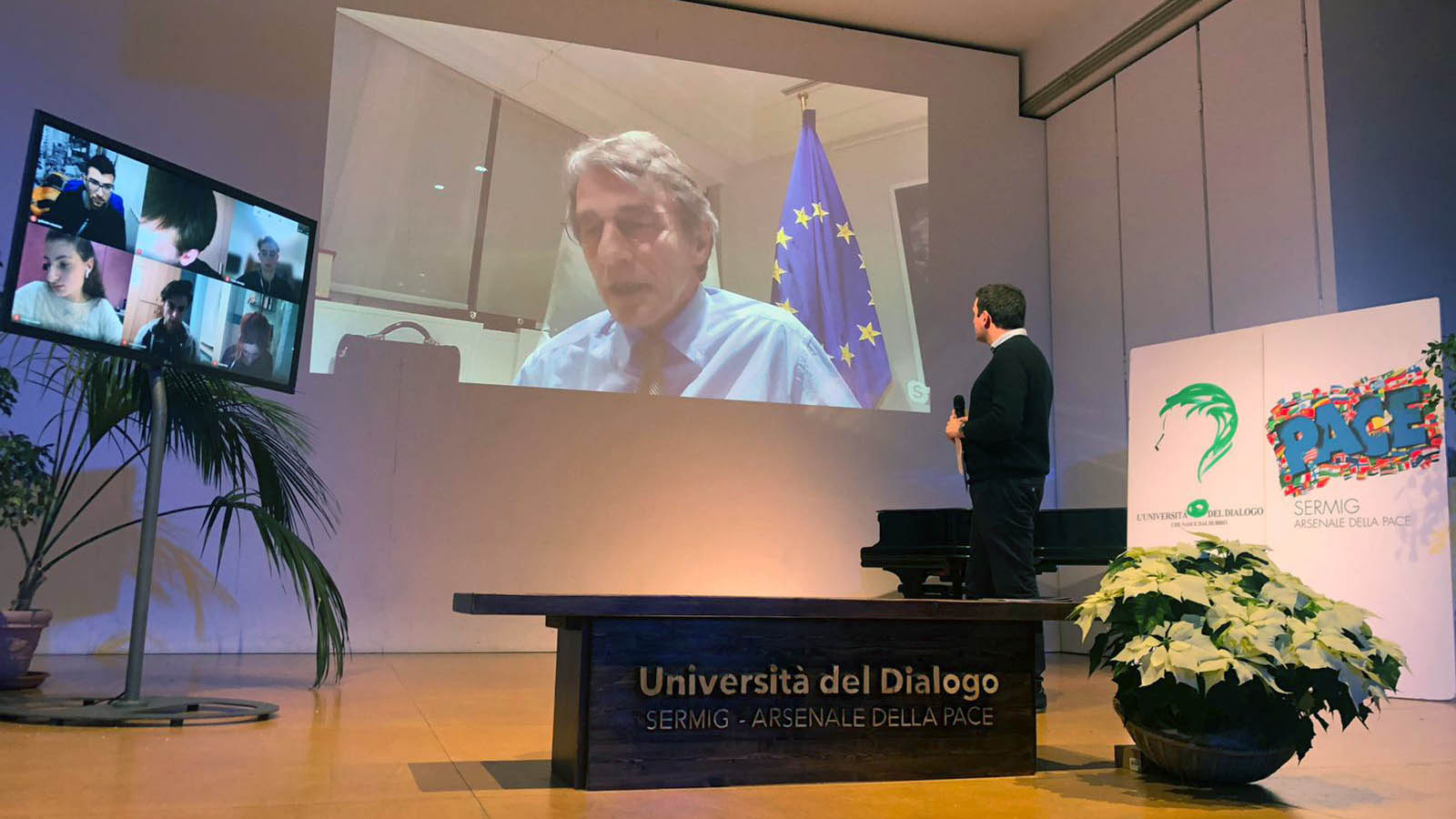 The crisis will be very deep, long and tiring and we will have to try to make it as less dangerous as possible.
The European Union is there for this ". The President of the European Parliament David Sassoli goes to the heart of the problem: the pandemic is a point of no return, its effects will be felt for years. In such a delicate context, the common horizon of the continent becomes even more important. After a few months of uncertainty, the European Union has put in place tools never seen before to help the countries affected by Covid: the suspension of the Stability Pact, the Sure package against unemployment, the ESM, the EIB funds, especially the Next Generation EU, better known as the Recovery Fund. Resources to be spent in strategic sectors such as digital, infrastructure, environment, health, education, gender equity. For Italy alone, over 200 billion, an opportunity never seen before. "But Europe cannot be just an ATM," says President Sassoli. “Resources are certainly important, but they are not enough. We have to start from our values. The world needs this ».

Is the ruling class, at every level, up to this epochal challenge?

“Like it or not we have to be, because we all have a responsibility towards others. We all need to feel part of a common problem. In recent months, European public opinion has realized how the Union has concentrated on seeking answers capable of facing and resolving the crisis. Certainly the citizens would like even more and we must listen to them, but no one can say that Europe has been distracted. I believe that each of us must feel part of the case: Europe is not just the institution based in Brussels, but includes national governments and parliaments, our regions, municipalities, cities. Each country must feel involved. Also because investments will not come to rain ».

How will they work?

"The money will be given to the 27 member states in different proportions to do two things: start the engine of the recovery of national economies and thus make Europe even stronger and more resilient. In this way the continent will continue to be an instrument of peace. Of course, we cannot impose anything on anyone, but we want to participate in a world that needs rules, because a globalization without rules would only serve the interests of the strongest ».

Europe has lived in peace for 75 years. Yet, in the wake of the economic crisis, the initial vision has weakened. Recent times have been marked by new nationalisms, by populism, as if it had become impossible to reason from a common perspective. How did it come to this point?

"Obviously, Europe in recent years has not been able to stay close to the problems of its citizens. When Europe, or even our institutions, move away from the concrete interests of people and fail to give answers, falling in love ends and perhaps the interests of individuals prevail. However, I believe that the Covid crisis is leading us towards a new paradigm. Everyone now realizes that without a common response, individual countries will be in even more difficulty. We are talking about businesses, citizens, our administrations. Trust is returning, perhaps even demanding a Europe with more powers. I am convinced of this: if in the near future there was no transfer of powers from the nation states to the Union, we would not be able to tackle the problems. Europe must change in its decision-making processes, it must adapt to the times. A slow democracy, a democracy that does not respond effectively, quickly to problems, how can it be loved by citizens? ». 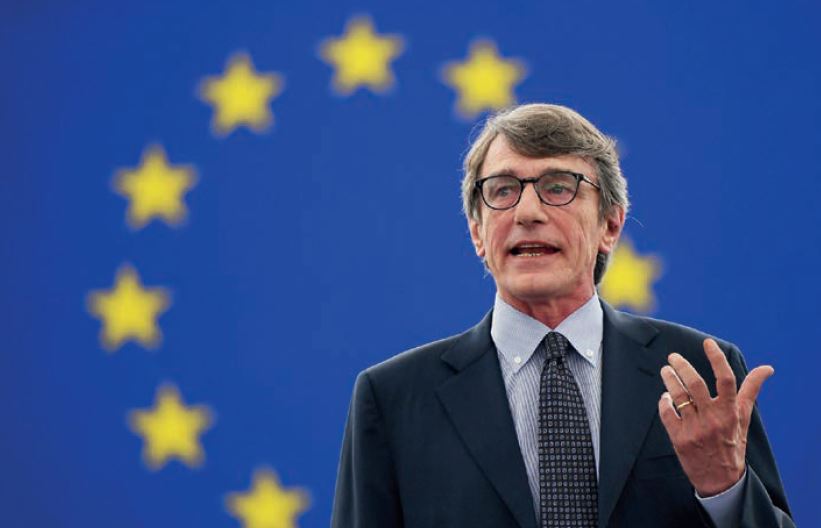 We have also seen this in recent months with the instrumental use of the veto right of Poland and Hungary, countries that risk authoritarian drifts. Was the enlargement to the east too hasty?

“Some stories come from afar. I am not one of the lovers of a small Europe. The enlargement to the East was important, it went in the direction of a dream: to make our geographical space coincide with the political one. Certainly, we were hoping for an acceleration of the European constitution process which instead came to a standstill. That said, without enlargement we would have had other problems. In recent years we have seen so many tensions on our eastern borders. If those countries were not in the Union, how would those borders be today compared to, for example, a certain aggressiveness of Russia? Then, of course, the problems remain, such as sovereignty which, however, we remember, is not just a European phenomenon ».

How, however, are these drifts contrasted?

“First of all, by giving answers to the problems of citizens and the fatigue of our societies. Then, we must be vigilant about our values ​​which cannot be overwhelmed by any government. We have established the principle that the use of European resources must be bound by respect for the rule of law. So all governments are warned, they will have to pay attention to their laws and reforms, they will have to continue to put the separation of powers and freedom of expression at the center. We must be proud of a Europe that does this ».

The new president Joe Biden is about to take office in the United States. The Trump years were not easy for bilateral relations with Europe. What do you expect from the new American course?

"I believe that one of the first commitments of the new administration will be the resumption of dialogue with Europe, in the name of a new multilateralism. It will be a very interesting season. We have been going out for complicated years which, however, have seen Europe very compact in the face of those who have tried to divide it. There have been temptations of the US administration in this regard, for example by supporting the UK with the sword after Brexit. "

Another decisive issue is immigration, which has gone a little into the background during the Covid emergency. There remains a terrain of deep divisions. How can this be dealt with?

"We need a Europe that has the power to intervene on immigration problems, but we are always at the starting point. Europe plays a substitute role and every time it intervenes, it does so by trying to get the countries that continue to have exclusive power over migration policies to agree. I say this not to download the problem, but because Covid teaches us that global phenomena must be addressed at a supranational level. Immigration is a problem that arises from many issues that the world produces and that will continue for the next decades. If Europe does not have the opportunity to face it, the individual countries will continue not to solve it ".

What would be needed in practice?

“We need a simple rule that I have reiterated since the first day of my election: whoever arrives in Italy, Spain, Greece or Malta, arrives in Europe and the Dublin regulation should be reformed in this sense. Only in this way would Europe be able to intervene with a medium-long term policy. Like? In democracies there are two ingredients: the wisdom of the political classes and citizens' representatives and, on the other hand, the mood of public opinion. We think that a living democracy has its center of gravity in the participation of citizens. At every level we must say that without a reform, a change of perspective, we will simply continue to stop the migratory phenomenon, intervening only when things are done, without planning the future and above all taking care of the people who ask us for help ». 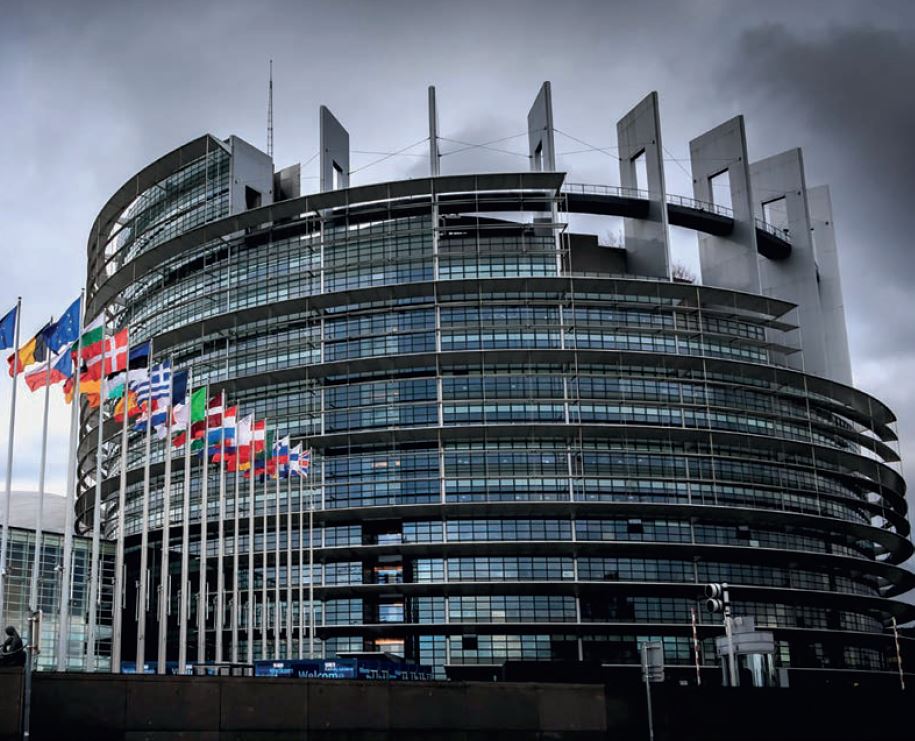 The inability to carry out common reforms is also reflected in a foreign policy that remains schizophrenic. Europe is a teacher of divisions in this. The national interests of individual countries are often in conflict, as the case of Libya demonstrates. How is a change process accelerated?

“There are things that do not correct themselves overnight, because it is clear that there have been decades in which nation states have done it themselves. And of course they expressed evaluations, sensitivities and interests that have consolidated over time. I am confident, I believe that if we manage to have more and more common policies internally, this will also have repercussions on international politics. We cannot ignore interests - I say this with modesty but also with realism - we know that European nations do not come out of nothing and we know their history, their positions. However, we are in a favorable moment to think about these issues as well. Let me be clear, we will never be an aggressive giant. Europe will be able to assert its economic weight and make its values ​​available to others, but we will never be a war machine.
This is also recognized to us. When there is a conflict, we know that we can trust the European Union, which is able to make the parties involved dialogue. This is why after 70 years and having enjoyed an extraordinary season of peace, perhaps we can give something back to the world and we can do it only with this temperament, not with anything else ».