The wall does not fall 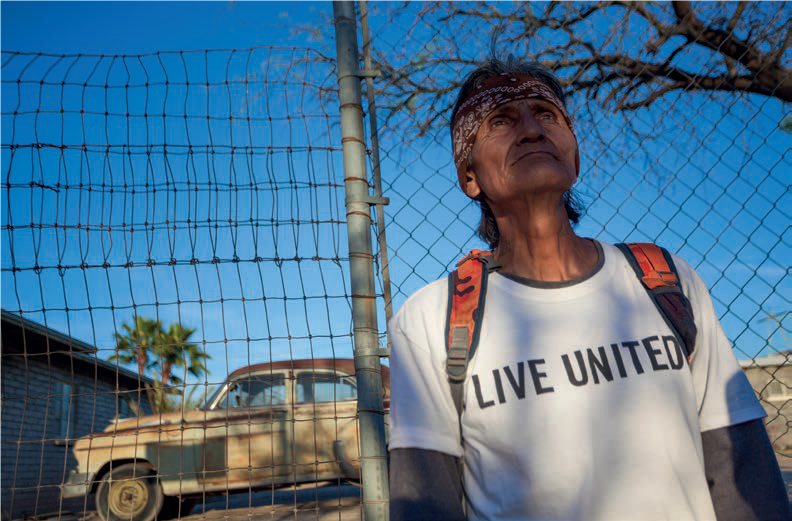 On November 4, Democrat Joe Biden won the US presidential elections. From next January 20, it will enter the White House. Among the many challenges that await him, there is the crucial one of migration. Precisely on the bad hombre, to be kept away with a physical wall that would armor all 3,100 kilometers of the border between the United States and Mexico, the predecessor and rival built the administration line and the campaign. For four years, international public opinion has witnessed Donald Trump's incendiary invectives against migrants, especially Latinos.

With Joe Biden, that era is now over. Not only for the differences in style and character between the two leaders. From the start of the race, the Democrat has explicitly pledged to "end" Trump's "relentless attack" on "our values ​​and our history as a nation of immigrants," as the program reads. Adiós to the wall, then? The answer is only partially affirmative. Because Trumpism did not create the wall, but its rhetoric. The physical barrier has existed since 1989 when, during the Bush Sr. administration, the first stretch was built, straddling the beach between Tijuana and San Diego at a time of increased flow. By the time The Donald arrived at the White House, the fence already covered a third of the border, thanks to the work of his predecessors, from Clinton to Bush son to Obama. The latter more than the physical barrier, had created a complex high-tech control system. Some of the plates that form it had been recycled from leftover material during the Iraq war. Of course, Trump had promised to complete the work with another 1,600 kilometers of iron and concrete. In fact, just 597 and 90 percent of the time were made to replace old, weathered barriers. With Joe Biden the matter is definitively closed.

In his migration plan, the newly elected speaks of "intelligent border control". As well as pledging to eliminate some of the Republican's most controversial measures within the first hundred days of rule. Starting with the muslim ban, which prohibits entry into the United States for people from thirteen countries, mostly Muslims. Or the maximum daily quotas of admissible asylum applications. While the protection system for the over 650,000 irregular young people, who arrived as children in the States where they studied or served in the military - the so-called Daca - will be restored. At the same time, the new administration has promised to do everything possible to reunite with their families the more than five hundred baby-Latinos, separated at the border as part of the "zero tolerance" policy launched by his predecessor since spring 2018. In practice, Biden will abolish the " rhetoric of the wall ". However, it would be naïve to think of a revolution in US migration policy. The heart of the new president's program does not differ from the classic approach, centered on the concept of "national security". The new measures must therefore ensure a containment of arrivals so as not to irritate a Senate with a probable republican majority and the moderate conservative electorate.

The problem had already forced the Obama administration - of which Biden was deputy - into an ambiguous balancing act that has ended up discontenting left and right.

What will the new White House do now? Three particularly thorny dossiers. First, the Remain in Mexico program which transferred 67,000 asylum seekers, mostly Latin Americans, to the other side of the border, pending the court's decision. This is Trump's real - legal - wall. To build it, the Republican did not hesitate to threaten the neighboring country to raise tariffs on Mexican imports in spring 2019. Faced with the cleaver, Andrés Manuel López Obrador, a nationalist and the first center-left president of Mexico, did not think twice about backtracking from the "open doors" policy. The Biden-Harris duo secured Remain's elimination in México. As well as agreements for the dispatch of refugees to Central American countries with a high rate of violence. Keeping commitments will not, however, be easy, at least in the immediate term: suddenly bringing would-be refugees back to the US would send the reception system into a tailspin.

As far as the deportation node is concerned, there will be no stop, even if a return to the Obama-line is likely, or to concentrate repatriation on illegal immigrants who commit crimes. Which did not prevent the Nobel president from obtaining the record of three million expulsions and the not exactly flattering title of Deporter in chief.

Obama used deportations as a counterpart with the Republicans to achieve the expected migration reform, with the regularization of the eleven million indocumentados residing for years or even decades in the States. It has not, however, managed to win. Now the hot potato goes to Biden, whose room for maneuver is no greater than in the past. This, however, is the real wall to be demolished for the new US president. And the road to do it is long and very difficult.

Old and new frontier
The Rio Grande determines for a long stretch the border between the United States and Mexico, a crossing point for migrants. A border - over 3 thousand km long - not only geographic but also socio-economic: since the time of the colonization of the continent: for example, in the USA in 2018 they could count on a GDP triple that of Mexico. In the US, Hispanics (Latin American immigrants) now constitute the largest ethnic minority (18.8%). This is despite the fact that the Trump administration strengthened the Wall and raised customs tariffs in El Salvador, Guatemala and Honduras to discourage revenue. What determines the continuous search for an influx to the north is the disastrous economic problem of the states of southern Mexico, afflicted by a very high level of crime and government corruption, to which in recent years has been added a climate crisis that has caused a severe drought resulting in loss of income for local agriculture.