The unexpected will change us 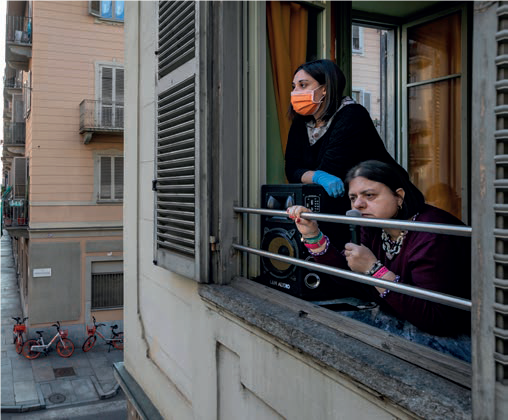 Young people and adults in the face of even interior transformations.

Life is change. But of the many changes that take place in the existence of each of us, only some are desired, expected or at least foreseen or taken for granted. Others are simple and perhaps urgent needs to which - whether we like it or not - we are forced to adapt. Thus it happens that the story of each individual basically consists of a series of transformations: each time we start from an initial situation that is at a certain point upset by an event that produces an arrest, a damage, a threat or a lack . From the onset of the event onwards, the protagonist usually tries to take action to make a series of attempts aimed at facing and (hopefully) solving the problem. All the stories, novels, myths and fairy tales, cartoons and television series that are so passionate, are made like this. And our individual lives also follow this path.

Italo Calvino wrote (in American Lessons) that "every life is an encyclopedia, a library, an inventory of objects, a sample of styles, where everything can be continually mixed and recombined in all possible ways". In these days, starting from the sudden appearance and the very rapid spread of the coronavirus pandemic in our territories, we find ourselves in the moment in which an unexpected event has caused a stop in our daily life and everyone must or try to take action and reinvent themselves in some way to "hold up" to impact. A rather hard and certainly unexpected impact: that with precariousness, fear, anguish, the concrete possibility of suffering and death. And the one with loneliness, isolation, forced "distancing" from others.

We are social beings, made to communicate with other people: words, looks, exchanges of all kinds maintain in us a constant sense of vitality and belonging to the world. It therefore seems really inconceivable to us to be forced to stay prudently at a distance from others, avoid them, distance them. And not being able to leave the house, or walk, run, move ... an incredible amount of trivial actions that we took for granted and performed automatically, are now closed to us. An urgent need forces us to adapt to a type of daily habits that we would never have voluntarily chosen. And it puts us in front of the need to deal with limitations and frustrations, with uncertainty and fragility, with a sense of powerlessness and anger. It also brutally exposes us to the temptation to seek and find a culprit at all costs, someone to blame for an unprecedented disaster.

What transformations will all this travail lead us to? Probably those that we ourselves will be able to gradually introduce into our lives - certainly with a lot of effort, many doubts and many errors - starting from our deepest convictions and certainties, those that have gradually guided our path and our choices over time. Winnicott wrote back in 1993: "Important things are done moment by moment, while the facts of life happen. There are no specific lessons or moments to learn. The lesson takes place on the basis of the way in which the people involved react ».