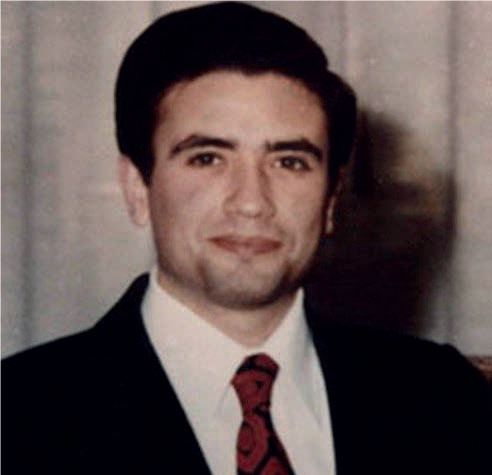 Thirty years after being murdered by the mafia members of the "Stidda", he rises to the honors of the altars at the behest of Jorge Mario Bergoglio. Rosario Livatino, the boy judge, murdered in Agrigento on 21 September 1990, at the age of 37, will be blessed. Di Livatino, born in Canicattì on October 3, 1952, the Holy See recognized martyrdom in odium fidei. This is the content of the decree which Pope Francis authorized the promulgation, last December 22, during an audience with Cardinal Marcello Semeraro, prefect of the Congregation for the Causes of Saints. And a few hours later the magistrate Caselli recalled Livantino's most famous phrase: "It doesn't matter to be believers, but credible." "Sub tutelage Dei" (Under the tutelage of God) is Livatino's motto, the acronym with which he closed the notes on the agenda.

Over time, around 4,000 pages of documents and testimonies have been collected in support of Livatino's canonization process. Among the witnesses, also one of the killers, Gaetano Puzzangaro, who is serving a life sentence. It was just after 8.30 that morning. Livatino, who on 3 October would have turned 38, aboard his red Ford Fiesta, from Canicattì where he lived, was on his way to the court of Agrigento, when he was approached, hunted and mercilessly killed by a mafia commando. He was traveling along the San Benedetto viaduct, three kilometers from the city of temples, when a Fiat Uno and a motorcycle pulled up alongside him, forcing him to stop on the protective barrier of the state road. The hit men fired numerous gunshots. Livatino tried a desperate escape, to no avail. When he got out of the vehicle, he sought escape in the slope below, but was killed with a volley of blows.

On the basis of the sentence that sentenced assassins and principals to life imprisonment, Livatino was killed because "he pursued the mafia gangs by preventing their criminal activity, where lax treatment would have been demanded, that is, judicial management if not complacent, at least, even though unconsciously, weak, which is the not rare one that allowed the proliferation, strengthening and expansion of the mafia ». It emerged that those who ordered the crime knew how upright, just and attached to the faith Livatino was and that for this reason he could not be an interlocutor of crime. He was therefore killed.

After his death, in 1993 Pope Saint John Paul II, meeting his parents in Agrigento, defined Livatino "a martyr of justice and indirectly of the faith". Pope Francis also praised the figure of the magistrate: speaking in November 2019 to the members of the Rosario Livatino Study Center, he defined him as "an example not only for magistrates, but for all those who work in the field of law: for consistency between his faith and his commitment to work, and for the relevance of his reflections».