The work that saves 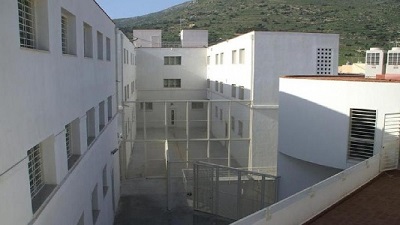 The prison in Favignana is a historical component of the island, almost endemic. For centuries it has hosted prisoners. From the times of the Bourbons to the Savoy and Mussolini and so it happens now. The place where the detention house stands is enchanting, the same cannot be said for the institution that welcomes inmates and the penitentiary police. The good news is that in recent days the mayor of Favignana, Francesco Forgione, has signed with the head of the Dap, Bernardo Petralia, the memorandum of understanding I redeem myself for the future . It is the one hundred and eighth of the agreements signed by the Dap with local authorities and associations operating in Italy.

With this agreement, the island joins the long list of bodies, public institutions, private sector entities and large companies that make use of the work of prisoners in projects in favor of the community. The agreement, in fact, intends to favor the employment of prisoners, on the basis of the path made possible by article 20 ter of the Penitentiary Law which allows the employment of convicted persons, on a voluntary and free basis, in public utility works. After an experimentation started in Rome (with over 4,500 prisoners involved) and continued in other capitals, the project has become a model of work inclusion which gave rise, in November 2019, to the creation of I redeem myself for the future - Central office for penitentiary work, to ensure the uniformity of interventions and executive procedures. Due to its characteristic of combining rehabilitation and repair, the formula has assumed international relevance and was also adopted in Mexico City, where the mayor of Favignana, a member of the Italian delegation visiting the Mexican prison, had the opportunity to deepen its dynamics and to decide to join the project.

He has chosen to identify work as a fundamental tool for social reintegration with a view to development. In Favignana, the inmates, coming from the Giuseppe Barraco prison house, will be mainly employed in green maintenance and recovery of the island's environmental heritage. The identification of work activities, the selection of detainees interested in following the path, and the related training activities will be planned, as required by the protocol, by a coordination committee, composed of representatives of the penitentiary administration, the municipality and of the prison house.