The price to pay 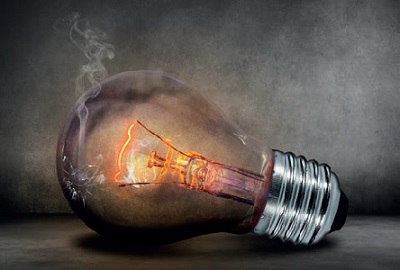 A few weeks ago the news of a 40% increase in electricity costs materialized on TV and newspapers, due to a substantial, albeit not completely unexpected, peak in the price of energy sources, starting from that of gas at an international level. In a moment of still fragile economy, albeit recovering after the acute phase of the pandemic, and in an era of difficulty for many families, that significant fluctuation has caused no small concern, also suggesting government intervention to contain its effects.

We know that electricity is used by everyone, but the impact is not the same for everyone. And so it was interesting in its own way to knock on the doors of those families for whom electricity is, literally, a matter of life or death: "Most families will be able to say" ok, we'll be more careful to consume less. energy "but a family that uses energy for a series of electrical devices that replace the vital functions of breathing, food, movement and even thermoregulation, cannot save on this". These are the houses where people with very serious disabilities live. For example, those with ALS. "People in the most advanced phase - explain from Aisla, the Italian association of patients with amyotrophic lateral sclerosis - are dependent on a series of devices that consume energy: commonly we think of the ventilator, but not it is the one that consumes the most. There are the aspirator, the anti-decubitus mattresses, the nutritional pump, the cough machine. Even the TV is a fundamental device for these people, as is the internet, so much so that cutting down connection costs is one of our battles. Everything we call technology is an essential asset for those who live in this condition ».

"Ours are families - add from the Committee of November 16, another association committed to ALS patients - who manage real resuscitation at home, families who need electricity like bread to survive. And any further increase in prices means going to affect already disastrous budgets, because they are families that fully support the care load, also paying carers for a large part of the day so as to have a change and be able to rest or devote themselves to other important family matters. . The economic support that is recognized to families who have a very seriously disabled person in their home is generally negligible compared to the real cost that is borne: these figures vary from region to region, but it is generally a few hundred euros per month, in the most fortunate cases a thousand, against at least 3 thousand euros of effective cost per month ".

The defense of people's life and dignity also passes from here, from the aid and support provided to families: a principle that always applies, even for electricity.