The Presentation of Mary in the Temple 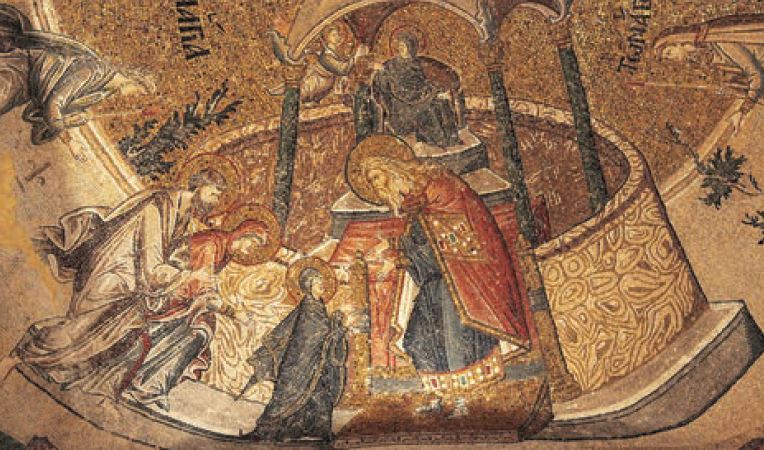 The Feast of the Presentation or Entry of the Mother of God into the temple (21 November) is present in the Eastern liturgy already in the 6th century, in Jerusalem, then introduced in the 14th century in the Western Church, crossing the centuries and the decisions of different popes, it is maintained and promoted to the point of being included as a memorial in the liturgical calendar since 1969. In fact, even if it is based on the narration of an apocryphal gospel, that of James, it is celebrated for its symbolic value. The narrative tells us that at the age of three Mary was led by her parents, Joachim and Anna, to the temple in Jerusalem to be consecrated to God.

An offer to God which is the thanks of her parents but which also demonstrates Mary's total availability to God's will, to place herself completely in her hands, to immediately hand over her life. We can understand, with the trust we have towards a creature so meek and in love with God, that her life in the temple was a continuous yes of obedience and docility to the services requested of her and at the time of prayer (we see in the image a angel who feeds her with a heavenly bread, symbol of the Word of God). And then another yes when she accepted the decision to become the bride of Saint Joseph.

So many yeses that anticipated and prepared that immense yes that he will then say in the presence of the angel Gabriel on the day of the Annunciation, a yes said by a very young girl, but already full of God, already trained to trust him, already available to his will. as can only be a lover who deeply knows his love, so sure and nourished by this love as to have infinite trust. A yes that she gave God a body to enter history and show us his way, the way of salvation that goes against all the selfish logics of the world, a yes overflowing with joy but also imbued with the pains that she would have to endure.
A yes that had to be prepared, guarded, trained in that pure, holy, but still human heart, of a creature.

The entry into the temple of Mary therefore acquires a symbolic value. She enters the "Holy of Holies" to prepare herself to be the new temple, the human womb that will welcome God, she the new Ark of the new Covenant. In this wonderful mosaic that covers part of a dome of the basilica of San Salvatore in Chora in Istanbul the episode is represented: the child Mary accompanied by her holy parents and some virgins with lighted torches, is "delivered" to the priest, identified here with Zacharias, who will be the father of John the Baptist. Above a scene from the life of Mary in the temple, nourished by an angel who brings her "heavenly food", spiritual nourishment, the Word of God.