The odyssey of the frail

The fatigue of people with disabilities in the face of the pandemic: from tampons to bureaucracy, a life of obstacles. 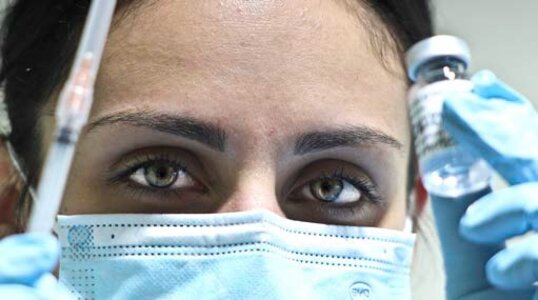 It has often happened, in these two years of pandemic, to see the race to carry out a nasal swab to verify positivity to Sars-Cov2 told as an odyssey: from time to time newspapers and newscasts have illustrated the long queuing hours endured by citizens at drive-ins or, more recently, in front of pharmacies. But there are situations, a little more hidden, which are really odyssey, and which are more rarely told.

Within this world of Covid-19 tampons, which at alternate moments mark the time of our family, school and work life, deciding on our freedom of movement, as well as our health, there are fragile people who more than others experience difficulties and therefore they need attention and care.

They are the ones that the bureaucracy defines as "fragile individuals with little ability to collaborate".

They are people with disabilities or particular difficulties, who suffer from an action (that of the nasal swab) which, although essentially harmless, is undoubtedly invasive.

Nobody likes to have that long stick put in their nose, and we all wait for those few seconds only because we are aware that it is necessary to do it. And in any case, at least once - let's face it - everyone has made the "ugly face" to the doctor on duty, guilty in our opinion of having dug into our noses a little too much beyond what is necessary.

Now, public health, which as is well known is organized on a regional basis, normally provides that non-collaborating people can be subjected (when it is indicated and it is really necessary to do so) to a salivary swab, much less invasive than the rhino-pharyngeal one. But between saying and doing, between foreseeing and realizing, there is an abyss, and it is often really complicated - in whatever region you are - to find a facility where you can perform a certified salivary swab.

The story of Paolo, a 53-year-old man with autism, recently told by his mother Elena and the Ledha (League for people with disabilities) of Milan, is a striking demonstration of this. She positivizes herself and goes into isolation with him, who will have a slight fever as the only symptom in a few hours. The stress caused by staying at home has consequences on his psycho-physical well-being: he falls and gets a head wound, which is sutured by the doctors in the emergency room of the Polyclinic, who, however, are unable to give him a tampon. He doesn't cooperate, he doesn't allow it. In the following days, other Milanese structures will not know how to act: in one circumstance it will not be enough to make him take sedatives, in a second he will even be sedated in the vein to be able to take the nasal sample.

An odyssey, in fact. And the salivary swab, to which on paper he would have been entitled, there is no way to do it. We also learn from this story that there are people everywhere who need extra attention. And that the definition of rules, methods and procedures must be done in a workmanlike manner: it serves to guarantee the rights of all.