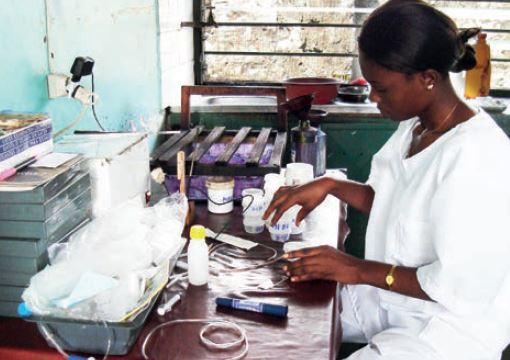 The pandemic has isolated us, has raised virtual walls with Africa. Yet it is right now that we should be closer to her.
But we have rightly been more interested in the health and social problems of the isolation phase from Coronavirus in our home and in rich countries. The interest in phase 2 has turned, in a hostile way, exclusively to the north of our borders because in our opinion we have not received the solidarity and aid we wanted. The south has been ignored, but perhaps we could empathize with Africans to understand what the contempt and prejudice of the wealthy northerners mean.
Years of well-being had made us forget it.

From the media point of view we started from a difficult information situation. A recent study by Amref with the Pavia Observatory confirmed that for most of the Italian media the interest in Africa begins and ends in Libya, at most it reaches Egypt and sometimes Tunisia. And mostly it concerns the highly exploited issue of migrants and refugees.
Moral, despite 50 years of colonial history evidently well removed from school texts, we Italians had before the virus - and still have - inadequate information that portrayed Africa only in negative or in the advertising version of tourist villages. Yet quality information from and about Africa would be strategic for Italy for two reasons. The first is that the pandemic has taught us that whatever happens in even a remote corner of the globe affects everyone. The second is that if migration flows to the EU start again, we are at the forefront.

The pandemic thank God has so far spared Africa. There was no massacre that many feared thanks perhaps to the scarce possibility of detecting the infection, to the average age of the population which is 19.4 years compared to 40 in Europe and 44 Italians, to the celebrated African resilience. Of course, the risk of a resurgence exists, but now let's look at the other pandemics aggravated by the Corona. Hunger, which claims more victims than Covid-19, and which will worsen especially in East Africa and in the Horn due to the climate changes that have flooded the crops, then destroyed by the exceptional swarm of locusts grown in the water of the anomalous rainfall.

Then the diseases caused by malnutrition and lack of drinking water, malaria and dysentery. And therefore the misery and social injustices resulting from corruption and the low propensity for the common good of the elites. The lockdown then caused many precarious migrants around the planet to lose their jobs and therefore reduced remittances which for many African countries represent a conspicuous item in the internal budget. And the struggle to grab the immense mineral and agricultural resources between old (French and Chinese) and new (Russian and Arab) colonizers has never stopped, taking them away from their legitimate owners, the citizens.

All this suggests a large-scale resumption of migratory flows both on the western routes, where the pressure of Islamist terrorist groups in the Sahel is strong, as well as on the eastern ones, where Ethiopia's decision to close the refugee camps of the Eritreans promises nothing. good. There is a risk of deaths along the routes and unspeakable suffering. In short, other pandemics can aggravate the Coronavirus crisis in Africa and therefore in Europe. But if we want to redesign the world after the pandemic according to the values ​​of freedom, justice and solidarity and love for creation, we must favor a new alliance with Africa, more than ever the sister of Europe and Italy.