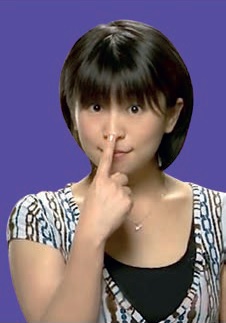 The study of human fossils has allowed us to estimate that the languages ​​spoken by human beings appeared about fifty thousand years ago, long before the written languages ​​but after communication through the signals made with the movement of the body and the symbols drawn or carved on the rocks. The use of the word is not only a sign of superior intelligence compared to animals, but at the same time it has allowed the beginning of collaboration between groups to improve the quality of life and begin experiments of social organization, which in turn have favored the Evolution of human intelligence. In a relatively short time, tens of thousands of languages ​​appeared, of which over seven thousand are still spoken today.

75% of the world's population does not know a word of English, considered by many to be the most used language internationally. The Asian continent, including the Pacific, has the majority of languages ​​spoken, i.e. about 3,560 languages, 50.5% of the global total. The African continent follows with around 2,000 languages, 30%. The Americas are in third position with 15% and Europe is last with a small 4%. The country where most languages ​​are spoken is Papua New Guinea, which alone has more than twice as many languages ​​spoken throughout Europe. It is a multilingual nation, with over 840 languages ​​spoken, and sign language is also an official language. In Indonesia, 709 languages ​​are spoken. India has 454 languages, of which 22 are official languages ​​and one of them, Hindi is the fourth most spoken language in the world. In China, 955 million people speak 300 other languages ​​in addition to Mandarin.

In the new millennium, among cosmopolitans, expatriates for work, diplomats, missionaries, businessmen all over the world it is not uncommon to find those who speak over ten languages, even if some do so with a dictionary limited. Certainly the knowledge of several languages ​​helps a lot to understand the differences between cultures and a thousand religions, thus abandoning the somewhat troglodyte concept that there is one better than all the others. Despite having such an immense patrimony of languages, nowhere in the world has the ancient body language been abandoned, especially facial expressions, but also a thousand signs made with the hands. Of these equally great differences there are very few dictionaries, which very few know or use, also because for many body signals a huge catalog of short videos would be needed, a catalog that does not exist. Most people who travel little and have never acquired intercultural skills use common body languages ​​in their country, without knowing that they are interpreted quite differently in other countries.

Nodding or shaking your head to say yes and no are not common to the whole world either. Despite the signs used by Facebook, neither the hand raised to say hello nor the thumb raised to approval, which have different meanings in non-Western cultures. The numbering with the fingers is also very varied. If for a Westerner the raised index finger means one, in other countries it means four. While the risk of having four beers served instead of one can be fun, you should pay close attention to many gestures that are harmless or positive in the West and offensive or filthy in the East or Africa. Semiotics experts have recorded thousands of very different facial movements from all over the world, including smiles meaning disgust and lip movements meaning horror. Even for hugs and bows there are dozens of customs, rules and ways with different meanings. So, go to the streets all over the world, but gesticulate as little as possible until you are familiar with the local customs.