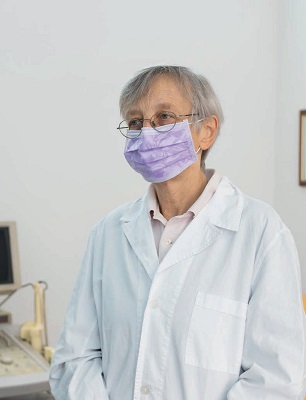 There are places that tell the soul of a city. The Gran Caffè San Marco in Florence is one of them. Opened in 1870, it was a meeting place for writers and intellectuals for much of the twentieth century. A gem that has gone through 150 years of history. What the war did not do, the coronavirus did. The San Marco will close forever.

The owner Gualserio Zamperini gave up after the lockdown and an unreal summer with no more tourists. «It's a painful decision but I have no choice, - he explained - I quit after 36 years of activity, after years of sacrifices and after having spent my whole life there. But the expenses exceed the revenues and it is difficult to meet all the costs we have. From 10 thousand euros in daily receipts we have gone to a thousand, so we cannot go further ». With the shutters closed, 35 employees will remain at home. The news was like a boulder in a city that is paying one of the highest prices of the coronavirus crisis. The numbers are merciless: in 2019, Florence had totaled almost 16 million tourist presences. People of all cultures, ages, backgrounds, attracted by a beauty that makes you hold your breath. In recent months the opposite situation: a 70% drop in arrivals, just 24% of the hotels occupied in August, the streets of the center deserted.

Things never seen before! Result: millions of euros less in the coffers of the municipality due to the lack of income from the tourist tax, bars, restaurants and accommodation facilities without customers. In a city that in fact lived only on tourism. The crisis of the Gran Caffè San Marco can only be explained in this way. It is a disturbing sign of what could happen in the coming weeks not only in the cities of art. Because tourism is only one aspect of the trade problem.

There is the whole phenomenon of smart working, people who work from home and who no longer need the many places created around the offices for their lunch break. Thus the universities are not yet fully operational, with the imaginable consequences for the neighborhoods that also live thanks to the students. The question today is only one: how long will it be possible to endure such a difficult situation? Those who have opened a business believe it, but many in this strange autumn are simply waiting.

After all, trade is not the only sector in difficulty. In that -10.5% of GDP recorded in Italy there are many other strategic sectors: automotive, manufacturing, shipping and construction. And again, travel and transport. Here, the collapse is abysmal. Alexandre de Juniac, director general of IATA, which brings together 290 airlines from all over the world, explains: "In August, international air traffic fell by 92% compared to the same month of 2019. Passenger traffic in the summer did not have a rebound, not there has been the growth we expected. Compared to the 10 million passengers a day that were before the coronavirus, there are now a million. To have a growth we should reach 4-5 million a day ». Impossible at the moment. It is easy to understand what all this means for the related industries that revolve around the mobility of people.

Changing the scope, according to the 2020 SME Regional Report, produced by Confindustria, Italian small and medium-sized enterprises are destined, in 2020, to contract their turnover by 12.8%, with a rebound in 2021 of 11.2%, insufficient however, to return to the levels of 2019. Falling turnover also means less employment. The latest data from Istat, the Ministry of Labor, Inps, Inail and Anpal speak for themselves: in the first six months of the year 578,000 fewer jobs were registered than in the same period of the previous year.

They are not numbers, but faces, stories, people: the cross-section of a difficult autumn that will not be able to mitigate subsidies, the blocking of layoffs, emergency measures. This situation challenges us all, beyond the economic aid that will arrive, the political choices, the reforms possible thanks to European funds. Everything is important, but only if it is the child of a personal assumption of responsibility, of creative forces, of solidarity, of visions that focus only on the common good.