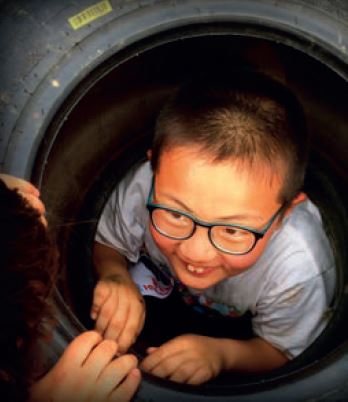 Alessandro and Enzo returned to the Arsenale della Pace after more than four hundred days. Their long journey, very long without ever leaving the four walls of the house, was only disturbed by a small, inevitable and annoying detour to school: the teachers said that it was necessary to go there by force, it is called compulsory school and not going there was worse than catching the virus, the disorder risked becoming even bigger and someone could even decide that you didn't see those four walls anymore. They entered paying attention to keep distance and distance, eyes turned towards the ground that accidentally crossed other eyes and then returned down to look down as in a dance that told their life upset, so suddenly, by fear of a danger for which closing oneself inside the house was and is the only salvation: round and round, the world falls, the earth falls, all down to earth.

They stopped in the embarrassment like someone who no longer remembers the way, embarrassed in front of a possible hug like someone who no longer knows what is right and what or wrong, what is good or what is bad, what is good or what is bad . Finally free after a long imprisonment, they looked around confused, almost feeling nostalgic for the four walls in which they were confined and for the indefinite time where they were lost and where no one could disturb their journey: tablet, television, mobile phone, tablet, television, cell phone, every day endlessly until you were lost in another dimension, where everything had become relative and you accumulated anger for each low battery that forced you to a break that you did not feel the need.

Primary needs become secondary, when even eating and sleeping comes later and much later, to the promise of happiness and escapism within reach that you have magically had access to. Day or night, lunch or dinner, winter or summer, party dress or everyday dress. But do other people still exist? And do we still exist? Or have we become shadows that no one understands the language and recognizes the existence of? Distraction that becomes therapy and medicine in order not to feel the pain, not to know it anymore, to let it go as something that was previously yours and now does not belong to you, you do not know it, it does not disturb you, it does not touch you. You are the one who continuously touches a screen where people and things are more real and more beautiful than real ones.

Will these children remain locked up inside a prison forever or will they be able to get out of the shelter where they lived for more than a year under the firm recommendation of mum and dad, until they are convinced that they do not need anyone? They risk ending up like the protagonist of a story by Kafka, "La tana": an animal, who digs a fortress underground to stay safe, a place of presumed and illusory tranquility, because in his imagination, the concern and fear for the imminent danger of an attack, a siege, an ambush of an imaginary enemy, always and forever disturb the peace and quiet of the poor unfortunate, self-condemned continuously to forced labor for the construction of tunnels, emergency exits, tunnels, strongholds, reserves for provisions, hiding places to escape the threat that forces him to perpetual alert, to eternal unhappiness, to absolute solitude.

Closing ourselves is one of the possibilities we have to defend ourselves from the evil we feel overwhelmed by. Another is to turn us off.

As hundreds of children from Syria, the Balkans or areas of the former Soviet Union have been doing in Sweden for years. It has been called the "resignation syndrome", they run away with their families from the violence of war or the authoritarian regime that has deprived their lives of everything. They have been waiting for months for an answer to the request for a residence permit that would guarantee them a new life. Children and young people who cannot stand the anxiety and uncertainty of a possible rejection or have just received it and fall into a very deep stupor, unable to respond to any stimulus, to drink and eat, incontinent, completely passive and immobile . In the prime of their lives, they are bedridden in a vegetative state, mechanically fed from a tube, with mum and dad moving them every day to make sure they are still alive. Reduced as Sleeping Beauty, they await the kiss of a Prince Charming who will comfort and assure them as their parents could not do, full of fear for all the wickedness they suffered. The promise that there is room for them too, the world is not a place so bad and inhabited by people so bad that they have to lock themselves in a den.