The courage of the honest 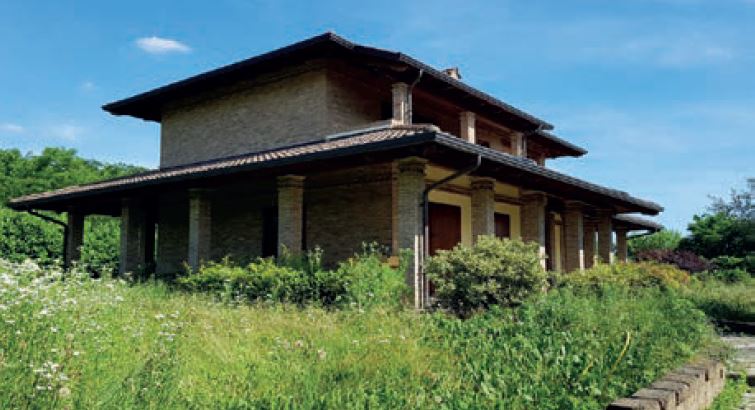 The villa from the outside was not flashy.
Not that it wasn't. You simply couldn't see it: surrounded by thick hedges, video surveillance cameras everywhere, isolated position just outside the village. A low profile by no means accidental, because one of the most sought after and feared Italian drug traffickers lived within those walls until a few years ago. Nicola Assisi, in order not to arouse suspicion, had chosen San Giusto Canavese, a town of just over three thousand inhabitants between Turin and Ivrea: two roads, the houses built around the church, the Alps on the horizon. Nicola from the outside had a normal life: every now and then he could be seen in the bar that he had taken over. Always polite, affable, occasionally away for work. Maybe a few rumors were circulating, but in these parts no one wanted to ask and ask questions.

It was the turn of the Pinocchio operation to drop the veil. It was 2015 when the Guardia di Finanza managed to get their hands on the real business of the boss, to discover the centrality of him in the drug trade between Latin America and Europe. Nicola was able to transport tons of pure cocaine: a real broker in the sector, able to deal directly with the narcos in the name of the 'Ndrangheta. Power? A lot, like money, that river of cash that is so difficult to launder.
Like a new Pablo Escobar, Assisi had hidden four million euro of banknotes in the garden and in the spaces of doors and windows.
The financiers had rarely seen anything like this.

At that juncture the Assisi managed to escape, but the inaction did not last long.
One after the other they were arrested: first the son Pasquale in Turin, then Nicola and the other son Patrick in Sao Paulo in Brazil. The villa, emblem of their power and their criminal parable, followed the process of many other assets linked to mafia organizations: the seizure, the confiscation, now entrusting it to a cooperative that transformed it into a center for the disabled.

The country at first reacted with astonishment. After all, the family members of Assisi still live in these parts and it is not a small detail in contexts where everyone knows each other. Closed affair? Only in part, because Assisi was really a big fish and his arrest is of enormous value. However, the water in which he swam remains, with its ambiguity, its hypocrisies, its rottenness.

It is enough to read the latest report to the Parliament of the District Anti-Mafia Directorate which speaks of the consolidation of the 'Ndrangheta in the North, including Piedmont, with increasingly articulated and branched interests. "From the first cells of the 'Ndrangheta - we read - we have come, over time, to the establishment of real premises that, without abandoning the thriving sector of drug trafficking, do not disdain, if necessary, violent and suffocating extortion actions aimed at controlling the territory, polluting the economic fabric also thanks to widespread corruption ». The crux is the frequent "mix between the criminal gangs and the ganglia of the public administration", with a significant acceleration in the months of the pandemic.

It is the cross-section of mafias that continue to use their violent methods, however adapting it to contexts. Whenever possible, it is much more strategic to forge relationships with individuals and companies in difficulty, offering concrete help and above all resources. With the usual game: take over or enslave bankrupt companies. All made even more serious by the fact that the company has not yet acquired "complete and widespread awareness of this dangerous presence". For Dia, it follows that there is no "downsizing on the territory of groups of 'Ndrangheta origin that exercise their hegemony, leaving room for criminal cells of different matrix".

Unfortunately, nothing new under the sun, but fate is not sealed. The history of the villa of San Giusto Canavese shows that no prevarication is forever, as long as everyone takes on their own task: institutions, repression; individual citizens, awareness. Because even today, as Martin Luther King said, the problem is not the wickedness of the wicked, but the indifference of the honest.