The care of memory 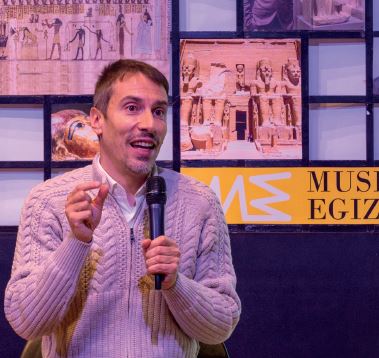 Christian Greco is striking for the things he says, but above all for how he says them. He communicates passion, great culture, humility, the beauty of those who have had the gift of being able to turn their dream into a job. Internationally renowned Egyptologist, since 2014 he has been in charge of the Egyptian Museum of Turin, the most important in the world after the one in Cairo. The watchword is to take care, to preserve the memory, a heritage that “belongs to each of us”.

What does this mean in practice?
Sometimes I make a very bold comparison.
Let's think of a person who is struck by a degenerative disease, who is no longer able to steer the pace in the present and have an eye for the future. Thus a society without memory can no longer stand up. Museums, archives, libraries are our collective memory, therefore they belong to everyone. The museum is not owned by the director pro tempore, but as Article 9 of the Constitution says, it belongs to the Republic.

58 Unesco world heritage sites ...
Yes, but there is another incredible figure.
Just 26% of Italians say they visit a museum once a year, compared to 91% of Scandinavian countries, almost 80% of Germany, 60% of France. Italy is in last place just before Greece. Among other things, it is symptomatic that it is Italy and Greece that are at the bottom of the list. And therefore in the face of an enormous cultural heritage, museums are not lived, they are not seen as a place of growth, a place where we find our memory, a place of innovation, a place where we learn something.

How can a drift of this type be explained?
I believe that it is not the fault of those who do not come, but of those who manage. It means that we have not been able to communicate our value. The speech, however, is very broad. I give some examples. In Italy in no school of every order and grade do we teach archeology, we explain the landscape is a schedule in which the anthropic element has operated, that every fragment, that every layer speaks of us, of our memory. I believe that it is the most important thing that distinguishes us from animals, because memory is the force and spring of progress, which enables us every time not to reinvent the wheel or writing. It is all that allows us to grow starting from knowledge, research, the discoveries of previous generations. The museum makes all this visible, but it teaches us much more.

Thing?
That there are no simple answers to complex phenomena, that the history of humanity has always been a history of rupture, of fracture, of falls, of moments in which one would get up, of great crises. But beware: the museum is not a fact, rather the will of society to make this cultural construction that allows once again to carry on the memory of previous generations.
A dimension that is not at all obvious.

You often talk about the difference between the protection, enhancement and care of cultural heritage. What do you mean?
The 2004 code of cultural heritage says that the state is responsible for the protection and safeguarding of the heritage, while the so-called enhancement is up to local authorities and other bodies. What is the difference? Protection is defined as safeguarding, restoration, conservation. On the contrary, valorisation is the activity that museums do, thus making it possible to enjoy the cultural heritage. I think that this dichotomy is a fictitious dichotomy because one cannot think of safeguarding, safeguarding the heritage, simply with coercive acts that impose prohibitions. Of course they are necessary in a country like ours that has been devastated by illegal building, but the real protection is that which allows the heritage not to fall into oblivion, to be known and remembered. Precisely for this reason I proposed to replace protection and enhancement with care.
A beautiful word.

What does it add?
Taking care of heritage means first of all knowing it, studying it, publishing it, making it available to the scientific community, making sure that everyone can be educated and that this material encyclopedia of the past can make us grow and walk. For example, it is possible to understand how in the diachrony of the centuries certain decisions have crystallized that still determine our actions today. In this sense, heritage asks us to be listened to above all and museums have an incredible weapon to do so: research. 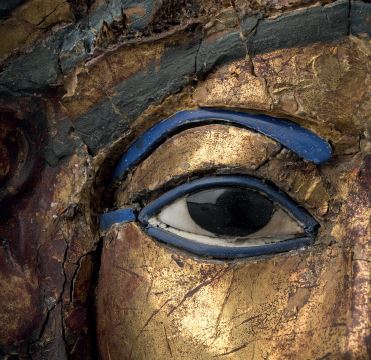 To what extent can objects from the past speak to the present and the future?
We think we create objects, we feel a bit like God. We think very little about the fact that objects create us. It sounds strange, but it's actually not that detached. We think of smartphones or the presence of machines in our life. Today without the computers we think we have created, the world would literally stop.
Let's imagine what happens with hacker attacks. This is to say that objects actually create ourselves, the structures of society and allow us to survive. Well, if this happens for current objects, even more so with those of the past that have captured within them the lives of those who preceded us. These fragments of memory constitute for us a bridge between the past and the future. With a plastic image I imagine two banks of a river, crossed by a bridge. The bridge constituted by the material culture of the past. Sometimes it is half collapsed, but there are pebbles that allow us to wade. The water of the river is the time that flows, always different.
Well, those pebbles are the objects that come from the past, the anchors that allow us to cross time. So they are truly the memory of the future, they are the sine qua non that we can operate in the present, they are the ones who guide our step. Without those pebbles we wouldn't know where to ford the river.

It's a very nice metaphor ...
For me there is a wonderful sense. Beyond everyone's creed, even in a secular key we can say that no life has been useless. If my contribution had served even for a small footnote, I would have contributed to the growth of humanity.
For me it is a wonderful thing that also makes us feel less alone, gives us more strength to face the present, makes us understand that we are in a historical continuum. We are a piece that comes after thousands of years and that has thousands of years ahead of us, other generations who may be able to learn something from us.

The current mentality, on the other hand, seems anchored to an eternal present. How do you explain it?
In my opinion we need to recover the meaning of time that makes us understand how we are a link on a continuum. This eternal present actually exists to exorcise death, to pretend it doesn't belong to us. With a paradox. We think we live in a secular society which is actually extremely believing.
Except that temples, synagogues, mosques have been replaced very often by beauty farms, beauty centers, gyms. A way to try to hide the signs of aging and metaphorically remove death. How does it come out? How do you get the right gaze on things? The only way is to accept the transience of our existence and at the same time the role we can play in advancing humanity. There is the meaning of our existence. If we begin to think in this way and see in this one of the meanings of our life, we will no longer be afraid of our limits, of the fragility of our condition. On the contrary, we will connect with past generations and create a bridge with future ones, happy to entrust what we have built to those who will come after us.

What is the key to his passion?
After so many years I have understood something very important. Today I am lucky enough to be director of the Egyptian Museum, but in theory I could be replaced.
However, even if tomorrow morning I had to go to teach in a high school, to be a bartender like I did, to work in a hotel I would continue to be an Egyptologist, I could continue to study and publish, I would continue to have this freedom. What I would like to say to young people is to invest in themselves to have the critical freedom of thought.
Never allow anyone to tell you how to think. The key to everything is the study that makes us free and makes us citizens, not subjects: one of the wonderful things about our society.