The arts in Asia 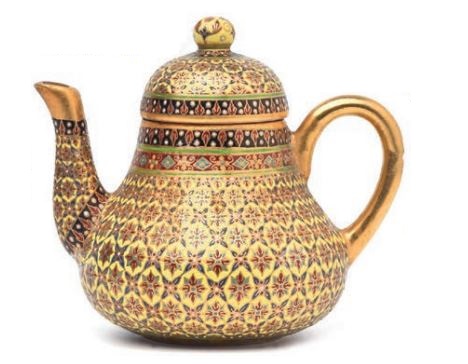 The fine arts have always been the most evident expression of peoples' cultures. Often they have also been the main engine of the economy, of social organization, of international relations. Over 4,000 years of history, the immense diversity of Asian cultures has produced hundreds of different fine arts, many of which are unique in the world, also promoted by the spirituality of various ancient religions, all pre-Judaic and pre-Christian, such as the Hinduism and Buddhism.

Asian arts encyclopedias have thousands of pages and several hundred arts in their index, so much so that some specific arts such as benjarong (Thai and Chinese porcelain), origami (paper folding), ikebana (artistic arrangement of flowers), fruit carving, batik, silk weaving, calligraphy on paper or on a grain of rice not only have their own specific encyclopedia and specialized university courses, but also in some cases separate arts within them and related arts. For example, there are artists who only make ikebana of orchids and others who reproduce different flowers starting from the sculpture of the fruits.

There are also numerous intersections between different arts, such as the sculpture of mother of pearl in buildings and furniture, precious stones set by the thousands in marble or silver.

While our Plato described the five fundamental solids (cube, tetrahedron, octahedron, icosahedron and dodecahedron), more than 60 polyhedra are mental foundations for origami. The extreme diversity of the arts, of their musical, graphic, textile, architectural expressions gives an evident great appreciation of putting together the difference, distinction, complexity. For example, while in many Western countries on special occasions a white dress for the bride or a dark one for the groom or the magistrates is appreciated and considered elegant, in the East multicolored creations dominate. An elegant western red carpet, it compares to a Persian or Afghan carpet that contains a million knots and at least 200 colors.

To the fast art of a wonderful Murano glass sculpture. The arts in Asia Multifaceted and holistic creativity. produced in a few hours, in the East a benjarong ceramic with multilayer paints or a work with multilayer lacquer is preferred which require several days of processing.

The artistic categories known and practiced all over the world, both ancient and traditional and modern, literature (poetry, prose, history), visual arts (painting, drawing, sculpture), graphic arts (collage, design and other forms expressed on canvases, plates and large surfaces), the plastic arts (sculpture, modeling), the decorative arts (enamel, furniture design, mosaic), the performing arts (theater, cinema, dance, music) and architecture ( including interior design) in the East have multiplied in innumerable crossings and local variations. For example, the graphic art works, even animated ones, produced by over one hundred thousand people who raise a colored paper poster in a stadium, as if they were pixels of images, accompanied by music and artistic dance by thousands of other people leave many Western observers astonished.

Even fireworks, mosaics, comics, electronic games, concerts of colored water fountains reach unimaginable sophistication in the East. The fundamental holistic message is always the same: excellence in the arts comes from the combination of millions of different experiences and expressions; the symphony of differences is better than the monotony of a dominant character, manner, style or color.