The apocalypse is not only external 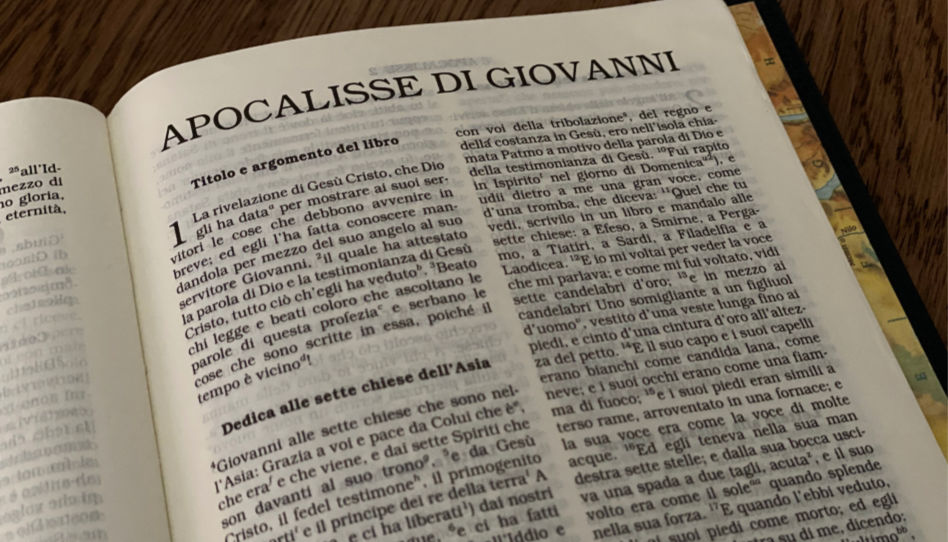 What is God telling us? We want answers now, here, now. A pandemic arrives (it has already arrived many times and another will arrive) and man wonders why. Why can't I tear myself away from this fate, why can't I be happy here and now?
Because humanity claims to resolve its destiny within the history in which it lives, replies Nikolai Berdjaev, a Christian philosopher after half his life as a socialist atheist. In history there is no progress in human happiness, in case only a progressive and tragic manifestation of the bright and dark areas of humanity and a more acute awareness of the tragic contradiction between good and evil.

The very idea of ​​progress is false: it means that humanity is on its way to a higher state than previous generations, which become mere links in a chain. From their life, research and torment, a generation will be born that instead will conquer the fullness and perfection of life, the happiness of having reached the summit. And previous generations will have been only means, tools for this bliss.
This perverse conception of progress is a religion of death that starts from the assumption that man can be self-sufficient.
That he can solve his fate with human forces.

All the solutions to the destiny of man within history have been a failure. The Renaissance was a failure, the reform that wanted to affirm religious freedom produced the inquisition, the fraternity, equality and freedom of the French Revolution ended up in the capitalist and exploiting bourgeois society, socialism instead of wealth brought practical and moral misery. Christianity was also a failure. The Kingdom of God has not been established, the tasks entrusted by the Gospel have not been fulfilled. But the failure of Christianity is not a failure of God and of the supreme truth he says about man: it is a failure of man. Failure can only become success through a victory over time, if the center of gravity of human life is transferred to the transcendence of God.

The Apocalypse is the most important book of the New Testament.
It should not be explained as an external Apocalypse, but as an interior Apocalypse of the human spirit. History only makes sense if it welcomes the interior and total revolution of the second coming of Christ here, now. The story with its tragic nature is not absurd, it would only be absurd if it remained within the limits of time. History has a total and unequivocal meaning if it is immersed, with all past and future generations, in the depth of the Spirit. Our life has meaning only if it accepts the total revolution of its interiority as its fulfillment. Only this counts: to understand how He who is always present comes, said Gregory of Nissa. It comes if we welcome the painful, apocalyptic reversal of the second coming of Christ within us. This revolution, the only one destined for success, is in our hands, it is our free choice. Here and now.