The impact of the internet on our societies: 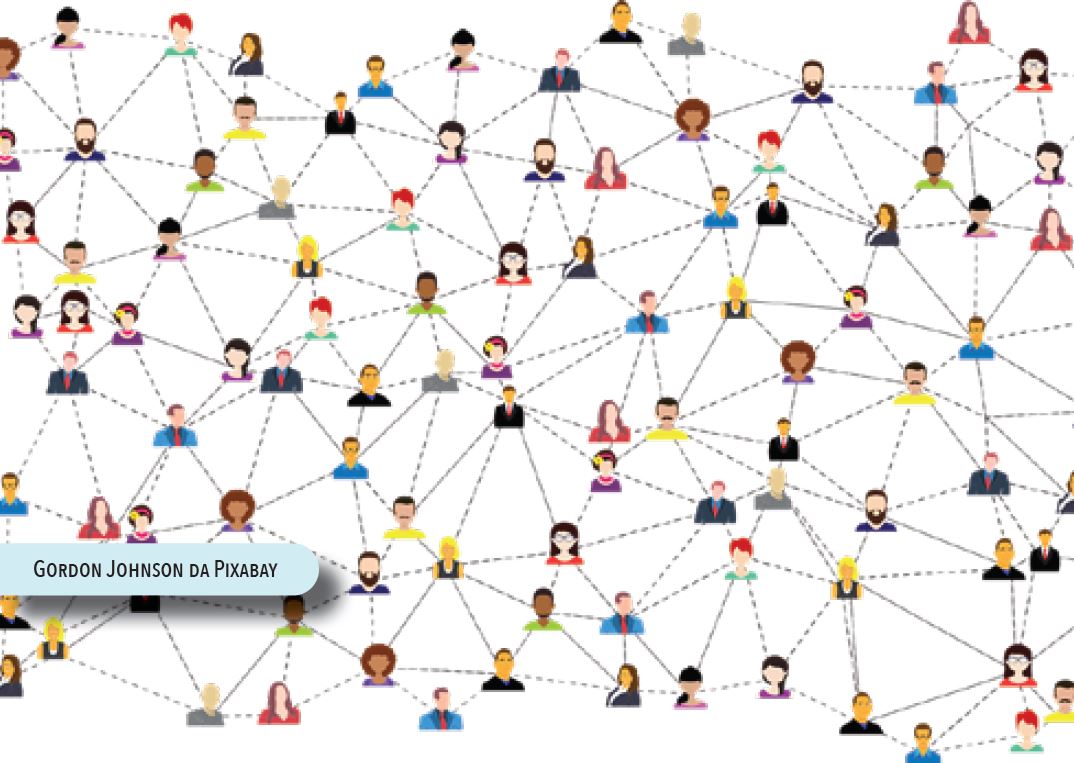 Among the negative effects of the development of the internet is, according to other studies, the strategic use of such platforms to spread political disinformation, increase the polarization of opinions, erode interpersonal trust, encourage hate crimes against ethnic and religious minorities. .

What, on the other hand, is the effect of the expansion of the internet on our social relationships? An answer to this question is provided by an article recently published by some colleagues in a prestigious scientific journal of economics.

Indeed, the theme is not new. Already at the end of the last century, in his famous essay Bowling Alone, the American political scientist Putnam highlighted the decline of civic engagement and trust in the United States since the 1960s, with a sharp acceleration in the 1990s. The author suggested that home entertainment such as television, VHS players and video games replaced the relationship activities conducted by people in their free time.

If television, a mostly unidirectional means of mass communication, can already have these effects, the spread of broadband internet, which provides on-demand content and allows interactive communication, could displace face-to-face interaction. among people in an even more preponderant way.

To study the effect of the spread of broadband on social capital, the authors use longitudinal (ie repeated observations over time) and geo-referenced data of English families between 1997 and 2017. These data are then combined with the distance from the network exchange present in the their area of ​​residence: in the past, those who lived closest to the network center could also enjoy a higher connection speed.

The authors' analyzes show that, after the adoption of broadband, civic and political engagement began to decline with proximity to the network hub: the use of fast internet seems to have replaced social capital. The effect is considerable, since, according to the authors' calculations, the proximity to the plant has reduced the social participation of about 450 thousand residents.

The organizations that Putnam had defined in support of collective action, such as voluntary associations, are the ones that have suffered the most from broadband penetration. Living closer to the network centers has caused a reduction in the probability of participation in these organizations by about 8%.

For organizations that support redistributive goals such as political parties, the availability of broadband caused a reduction in the likelihood of participation by approximately 5%. On the contrary, no significant impact on cultural consumption and on the respondents' relationships with their friends was found.

Overall, the results suggest that, at least for the UK, broadband seems to have supplanted those activities geared towards the pursuit of the common good and altruism, which Putnam calls "bridging social capital": activities that allow bridging with new people. However, this effect has spared the relationships between people who, on the other hand, already know each other (friends and relatives), generally referred to as "bonding social capital".

In the current context, in which face-to-face social relations are limited by the health emergency, it is natural to ask whether the internet has facilitated or weakened other-oriented social activities.

While we await studies on the matter, there is a good basis to hypothesize that the internet, and in particular social media, have united us - probably because "all in the same boat" - but at the same time also disunited because we are polarized on many (too many) topics: lockdown, green pass, vaccines ... What will happen to our social relationships when all this is over?

Recently the advent of social media has triggered a renewed interest in the public affairs, encouraging more direct forms of political participation