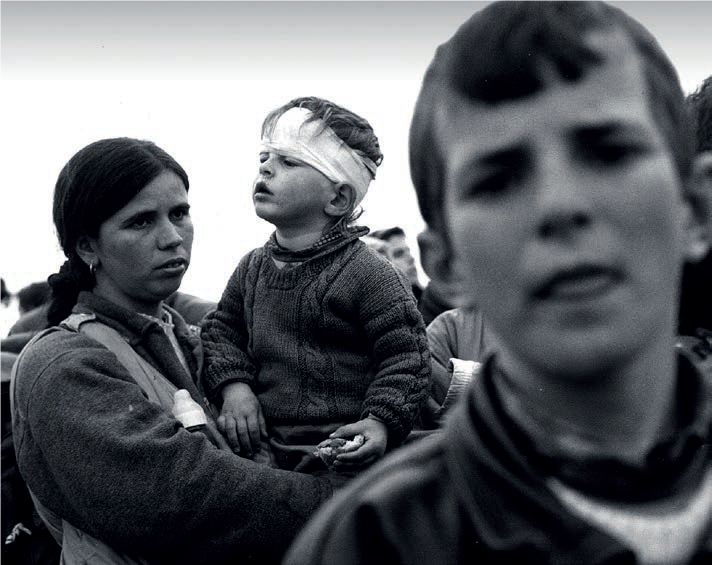 Wars never end the day you stop fighting. Reasons and wrongs do not remain on the ground, but continue to fight each other by promoting good and evil after years and latitudes. Let's take the Balkans. "So many mosques, all new and very beautiful too, I had never seen them before." The surprised expression of a Yemeni refugee, accustomed to minarets and muezzins, well explains the advance of Wahhabi Islam in the Balkan peninsula, where scaffolding around the centers of worship shade the ramshackle villages of poor farmers. The "Balkan Caliphate" is no longer the negligible delirium of some radical preacher. Unlikely as it is, the nightmare of a Daesh at the gates of Europe materializes every time an imam in Macedonia or Kosovo is arrested.

Authorities usually play down to reassure public opinion and foreign investors. But counter-terrorism operations tell another story. The stronghold of Islamic fundamentalism remains Gornja Maoca, a village near Brcko, in northeastern Bosnia. One of the founders of the community, Nusret Imamovic, went to Syria two years ago and today he is one of the commanders of the al-Nusra Front. All the terrorist suspects arrested in recent years lived in or often went to Gornja Maoca. Most of the "pilgrims" come from Sangiaccato, a region of Serbia and Montenegro. In some villages, shaaria is tolerated by the authorities and applied indoors. The presence of radical Islamic groups in Bosnia, where 40% of the 3.8 million inhabitants are Muslims - largely followers of an Islam that does not allow itself intemperance - is not a recent phenomenon. During the Bosnian War (1992-95) a few hundred Arab and Islamic volunteers arrived in the country to fight alongside Bosnian Muslims. At the end of the conflict, with the beginning of the NATO peacekeeping mission led in the northern sector of Kosovska Mitrovica (northern Kosovo) - inhabited by a Christian Serb population and opposed to the southern part inhabited by Kosovars of Muslim Albanian ethnicity - writings appeared praising the Islamic state on buildings and houses inhabited by Serbs. These are not signs to be overlooked.

In reverse, a little further south, there are the self-proclaimed defenders of a Christianity that the Gospels do not speak of. It happens, for example, in Bulgaria. A fighter, who emerged from behind a bush, throws himself on a refugee by unloading him a series of punches which in a few seconds transform the wretch into a mask of blood. Screams are heard, women begging for mercy in a language no one understands. Then the video camera of an accomplice's cell phone moves to eleven people lying down: "If you move, we'll kill one of you." There is nothing illegal if this happens in Bulgaria. We knew about hunting associations. But something in the cruel hunt for refugees that takes place every day along the borders with Turkey and, to the north, towards Romania and Macedonia, did not return.

Periodically groups of migrants are arrested by what did not appear to be hunters who accidentally ended up on the route of the Syrian fugitives. They are men of Dinko Valev, a semi-professional fighter, at the head of some paramilitary formations that patrol the bush. Valev was sued. But not stopped. Under the pretext of "border protection", the irregular wardens hand over the refugees who have entered illegally to the police, but withhold all their possessions: cell phones, tablets, clothes, documents, and hundreds of dollars. Prime Minister Boyko Borissov initially fomented this campaign by showing gratitude for all those citizens who decide to "help the police in defending the border." But then the situation risked getting out of hand, so much so that the martial Borissov returned to the subject stating that every initiative "must remain within the sphere of legality", and in any case "without the use of force".

A report by the Sir agency revealed the existence of images and videos advertised by Dinko Valev himself. In one of the videos you can see a group of migrants, including some children, forced to lie down on the ground, face down, "then they tie their hands - reports the SIR - while the boss threatens:" face down, I'll kill one of you. ' The paramilitaries patrol the forest aboard quads, wear camouflage suits and are equipped with firearms and machetes.

Valev's people dominate because they can count on the sympathy of the authorities and a growing consensus. There is no doubt that these are violations of the most basic human rights and other videos confirm it. According to the unwritten agreement between the government, hunting associations and citizens "willing defenders of the homeland", self-organized groups are invited to alert the border guards every time they spot a group of refugees. But then, to prevent them from running away, we get to the hard way. Anyway, no one will incriminate them.

1346: the Serbian Empire is born, invading and occupying Macedonia, Epirus, Thessaly up to Attica, making Bulgaria a vassal state.
1354-1389: Turkish conquest of these regions. The historic defeat of Kosovo in 1389 resulted in the beheading of Serbia's military and political elite. This clash has remained anchored in the collective memory of the nation, becoming a true myth that survived Tito's communism, reborn as a powerful one in the Bosnian war, which also sees the Albanians as protagonists, largely converted to Islam since 1478.
1844-1922. Greece is carrying out the Megali Idea project (Greater Greece, with its capital at Constantinople) to reconnect with the glory of the Byzantine Empire. Defeated by the Turks in 1922, she cultivated this dream until the end of the Colonels' regime (1974).
1878: Bulgaria aims to create a "Greater Bulgaria" with the support of Tsarist Russia. A political-commercial struggle begins between the British, the French and the Habsburgs in defense of the Ottoman Empire and on the other Russia which was trying to make it collapse and thus obtain an outlet in the Mediterranean.
1912-1913: war between Greece, Montenegro, Serbia, Bulgaria, Romania and the Ottoman Empire.
1914-1918: World War I.
1992-1995: Bosnian war.