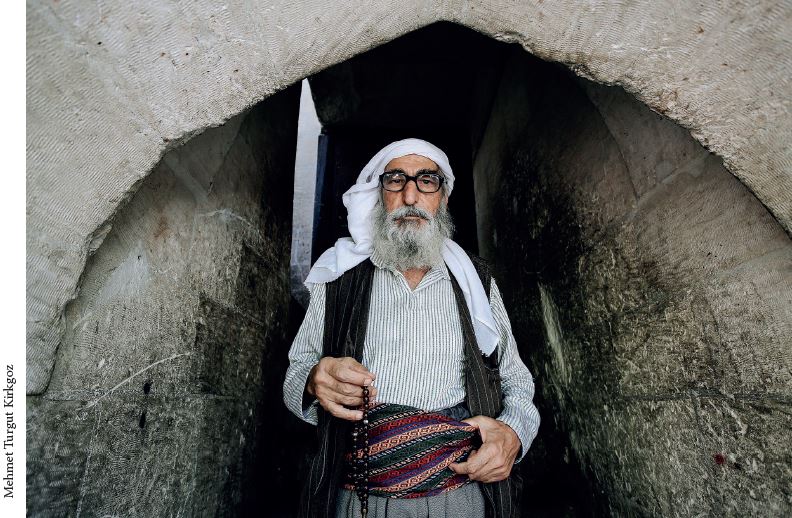 Having found itself once again at the center of international news due to the altercations not strictly institutional between President Recep Tayyip Erdoğan and his French counterpart Emmanuel Macron, Islamic Turkey does not seem to have been particularly shaken by turbulence that belongs more to the field of political propaganda than to that of religious dynamics (this is true in France as in Turkey, after all).

While politics often and willingly pursues unlikely solutions to the social problems that it generates, even if only through negligence, by launching messages that aim to reassure or, if needed, to increase a sense of fear useful for a more authoritarian management of power, the dynamics women religious often belong to a parallel world, even if they are not indifferent to the interpellations of the signs of the times.
But those who study issues from within the religious phenomenon very often find themselves in disagreement with decidedly inappropriate assessments.
Whoever speaks, for example, of "radicalized Islam", obviously assumes that there is a "moderate Islam", when in reality Islam as such is neither one nor the other, but is always its interpretation, the way of living it and embodying it to be more or less radical.
This radicality, then, can mean diametrically opposed behaviors.

What is more radical than the choice of a hermit, poor and non-violent life in the name of one's faith? The labels, having an impact on the media, determine real mystifications.
When following an act of unprecedented violence associated with belonging, at least formally declared, to the Islamic religion, we speak of "radicalized Islam", it is assumed that Islam is a total religion, which includes, that is, indissolubly all aspects of the life of its adherents.
In practice, this is an unattainable ambition, because the religious dimension never exhausts the anthropological complexity: we are much more than our being religious!

We must take into account, for example, that Western societies challenge people belonging to the most diverse cultures (as well as, often, to different confessions of faith) on the principles of secular life, putting them to the test on concepts such as freedom of speech, blasphemy, minorities sexuality and gender equality. This has its own logic in the context of majority societies but, when shared with people from other cultures, it requires a "forced familiarization". Many Muslims, for cultural reasons even more than religious ones, suffer this as a personal challenge and, sometimes, also as an act of devaluing their own culture.
If only very rarely does the confusion generated turn into a violent reaction, the subjects in question enter a complex phase of reflection in which they try to find a coherence between their beliefs and their secular experience, between their family roots and their aspiration to 'integration. Here the right to training and cultural mediations intervenes which must be able to offer preparatory and personalized paths, inserted in a dynamic of involvement and empowerment of the subjects, in a true process of inclusive citizenship. These are considerations that seem largely ignored in the public debate fueled by the emotional wave. This is what happened in France with demonstrations in which they even supported a "right to blasphemy", or to brandish the threat of a law against "religious separatism", which involves the education sector, as well as the right to association and public profession of faith.

The vehement reaction of the Turkish leadership to the French debate is a reflection of the awareness of how influential Turkish Islam is in France and Europe in general, at the level of managing mosques as well as training imams and structuring cultural centers (influence, for more statistically overestimated) .v But many other very varied realities would be affected by this legislative project. Only in 2016, the bishops of the Episcopal Conference rose against educational separatism, seeing in it an abusive attack on a fundamental constitutional freedom!
The danger of certain discourses in the so-called "Western democracies" is well summarized by Frédéric Mas, editor-in-chief of "Contrepoints", an online magazine of international current affairs, considered the leading expression of liberal thought. Mas affirms that, at this rate, the state becomes a clergy that pretends to frame the exercise of religious freedom, demanding the submission of all to a republican ideology, which does not support any religious pluralism, outside its own authoritarian definitions.