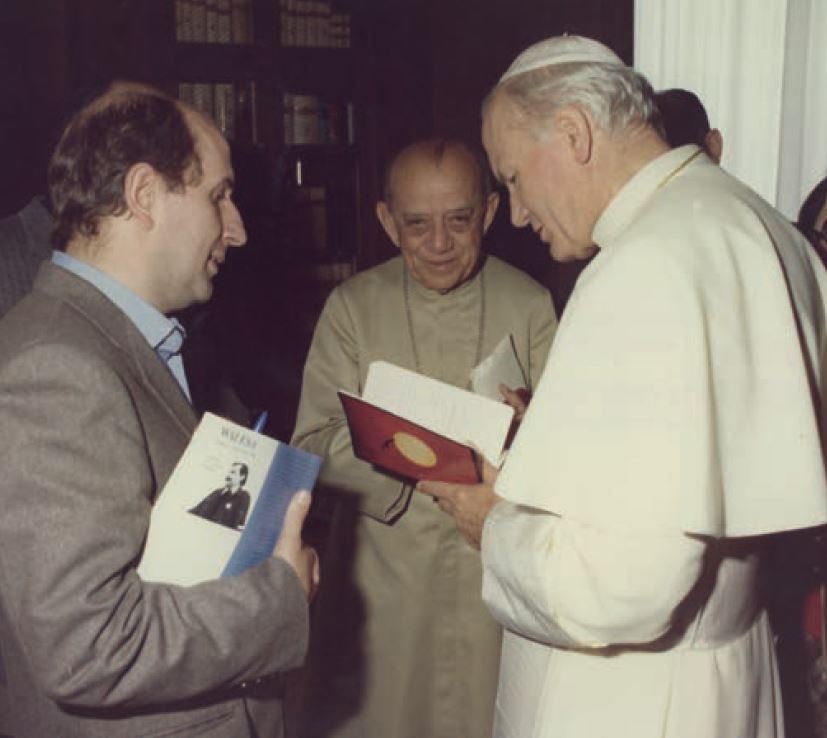 Who does not remember his courage and his tenacity in announcing peace in the most distant regions of the world?

A man of consensus, of concord, he always found the inspired word to bring people together and give them a message of hope! For the Brazilian people, and particularly for the Catholic community, Dom Helder represents the envoy of Providence for the defense and promotion of the dignity of the human person. During the period of the military government he had the courage to stand alongside the persecuted to prevent the arbitrariness of the government; for this he was misunderstood and suffered hostility, but without being discouraged.

He faithfully resisted all threats. He managed to unite the communities, to keep the faith alive, avoiding any violence and revenge. Among the bishops he had a singular mission.
He participated in the birth of the National Conference of Bishops of Brazil (CNBB), and of CELAM (Episcopal Council of Latin America), as well as participated with intelligent and inspired work in the Second Vatican Council, in the Conference of Medellin (1968) and in the Conference of Puebla (1979). Friend and voice of the poor, he was defined by Pope John Paul II as "brother of the poor".

Dom Helder always saw the bright side of events. He avoided criticism.
He wanted to build. He convinced with love and forgiveness. He knew how to listen and understand. His secret was the intense life of prayer, with long hours before the Blessed Sacrament.
In the presence of Christ he knew how to find light and strength for his tireless life at the service of his brothers, especially the poorest.

He dreamed of seeing "the year 2000 without misery". Like Moses before the promised land, he saw from afar the light of the dawn of his dream of him. God called him. His words are seeds of life that fall into the hearts of many. In Heaven he intercedes for us and will grant us the strength of his firm and passionate spirit for the Kingdom of God. I seem to see him in the presence of Jesus Christ: he greeted him in jubilation and told the Divine Master about the many seeds of life and hope launched. in the good land. And God, like St. Thomas Aquinas, smiling will be saying to him: «How much good you have done and how much good you have spoken of Me! Good and faithful son, he enters into the joy of my Kingdom ». The holy, exemplary and meritorious life of our dear brother of the poor and shepherd of peace is with God.