The numbers of NP of this period marked by the unfortunate war in Ukraine told the enormous flow of good that opposed the evil, the war, the weapons that Sermig witnessed.
Many, young and old, participated in the collection, preparation and distribution of aid, reaffirming the determination to choose peace and reject war as a solution to problems. 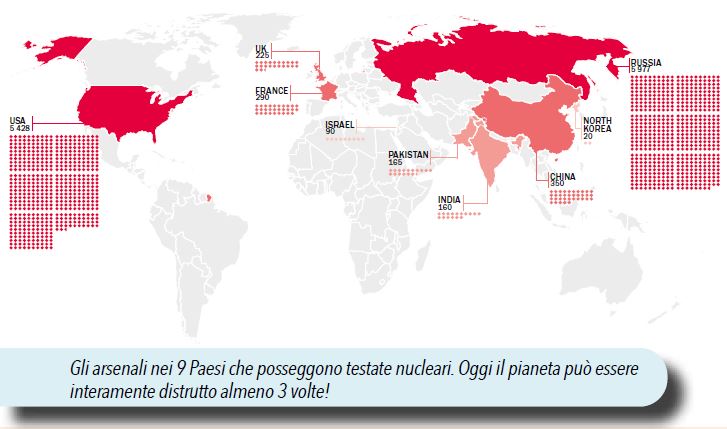 The courtyard of the Arsenal of Peace saw thousands of people pass by and got involved in aid to Ukraine.
The echo of the vibrant words of Sandro Pertini seemed to echo when he came for the inauguration on 11 April 1984. "I am in Turin to exalt, with young people, the peace that is life and to condemn the war that is death". And then, the memory of him having participated in «two wars and only one of our decadent poets dared to say that war is beautiful. War is a monster, friends who listen to me.
I participated in the first when I was 18 and in the second, when I was a little older, as a partisan: but war is a monster that must be banished from humanity if we want humanity to live ».
The no to war and arms is the choice of the reasons for peace and the rejection of those of war for the resolution of conflicts.
Our commitment to fight hunger in the world immediately made us understand how hunger and poverty are closely linked with war. The missionary friends, telling us about the problems of the Third World, immediately pointed to the arms and armaments trade as one of the most important causes of wars, injustices, a trade that feeds governments and factions thirst for power.
Thus, for the Sermig, peace has become the priority, an obsession. Even more stuck in his conscience after Ernesto meets Giorgio La Pira who sends him his hope in a world where peace is possible, recalling the phrase of the prophet Isaiah "They will forge their swords into plowshares, their spears into sickles". It was 1973. Today, 49 years later, Ernesto Olivero Pace's open letter, what can I do for you, reaffirms and gives reasons for the no to arms.

The prophetic dimension of Isaiah indicates the direction to follow, but for now it looks like a road closed to traffic! According to the report of the Sipri (Stockholm International Peace Research Institute) in 2021 2,100 billion dollars were allocated for military spending in the world, just under 2,000 billion euros, a figure never reached before even if for 7 years register an increase.

How can we behave in the face of this time of wars and in which we are witnessing an increase in military spending? We have seen first-hand that good done well counteracts evil. It is the antidote.
The goodness that disarms is to do something good and, through our behaviors and our commitment, to put down roots of good and goodness in society; it is doing good to build a mentality of peace, capable of not bowing to the logic of force, hatred and violence and to demonstrate that it is possible to think of a world without weapons. The experience of many years on the "front line" shows that good is contagious and that we can react to evil with good.
In all the Arsenals, those who enter are greeted by an incomplete, crumbling wall built, as if to indicate that there is still a lot to do, with the wording goodness is disarming.
It represents our conviction that, in the face of all the great difficulties that we may encounter in history, that goodness is by no means an easy do-good thing, it is very strong, it disarms, it pulverizes all wickedness and really makes us find hope. 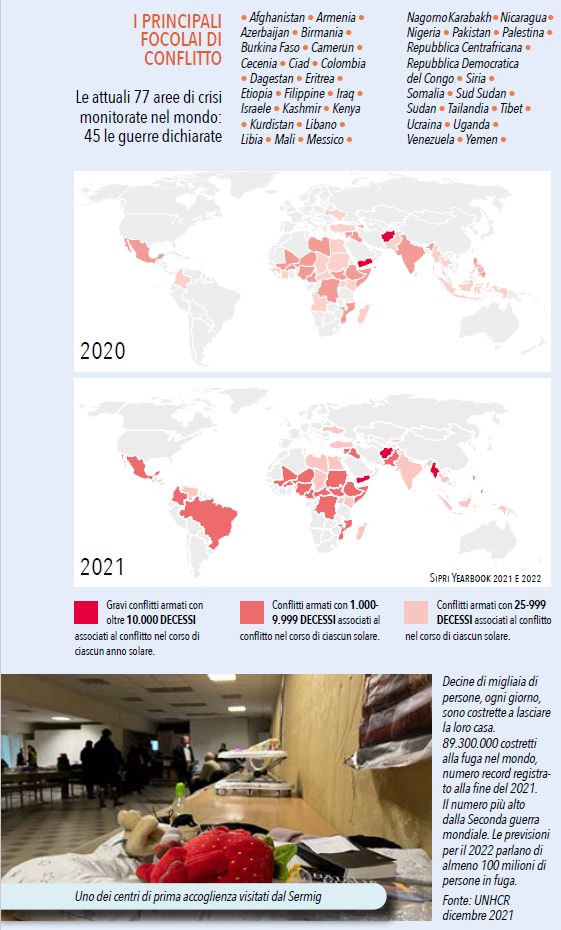 The daily practice of goodness is disarming demonstrates the ideal that it is peace that has the last word, not weapons. It is a commitment that involves us as citizens of our country and of the world: we are all committed to becoming "artisans of peace", a title that we have been using for fifty years since we awarded the first "Artisan of Peace Prize" to Sandro Pertini and Michele Pellegrino in November 1981. The craftsman of peace concretely does good, sows seeds of peace through daily and constant commitment, works directly with his own hands, does not delegate others because one cannot delegate to others what is personal responsibility . The peacemaker is responsible for his piece of the world. He makes a fair battle: the battle for good, he makes a contribution of life, not of death, he does not kill, but makes one live. Just as war can arise from small things and then spreads out, even the good that comes from "the bottom of the earth" has the ability to infect people's lives.

The artisan of peace is not afraid of personal involvement: I get involved and personally pay for the words I say. So it means being willing to pay personally because otherwise there are words left, they make you lose authority and credibility. A key that has allowed us to face many difficult situations, to manage conflicts.
And we can extend this “strand” from the smallest level at the family level to that between states, rejecting violent tools.
In the end, our synthesis on both a practical and a language level is always disarming. When we say that weapons should not exist we say a theoretical thing, when instead we act to disarm I show you that weapons are really useless, I show you with my life offered up to the end that the only path is that of reconciliation.
In the Arsenals we disarm many conflicts, many situations ready to explode, especially in the reality of hospitality. However, we bandage them, disarm them and put them on the road to peace. So ours is already a work of nonviolent resistance, of continuous disarmament but which passes from the offer of our life to the end. Our synthesis, the strong idea is to give your life for what you believe in.

Building with peace implies preparing for a lifetime, keeping your intelligence trained, knowing how to use the right glasses, having attentive ears, not getting used to it and above all never feeling satisfied as someone who thinks he knows. Since the beginning, Sermig has focused on this, many social activities and cultural projects have been born, including NP and the University of Dialogue. Our style is goodness that disarms, we have to work continuously on this. Everything else comes from there.