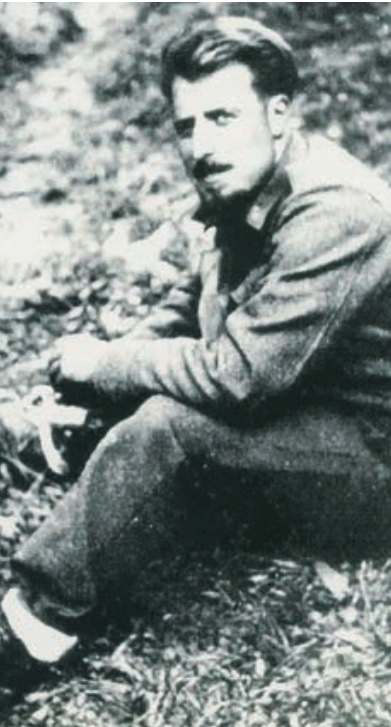 After Teresio Olivelli, another blessed partisan? In 2019 the cause of Aldo Gastaldi, nickname "Bisagno", was started, like the stream that runs through his city, Genoa. He died at the age of 23, a few days after the liberation from Nazi-fascism, to which he had convincedly contributed. He was not allowed to see the long and ardently dreamed peace.

Born in 1921, Aldo Gastaldi loved walking and playing rugby. Leaving the university to enlist, after 8 September he went up to the mountains, creating the "Cichero" partisan division. Giampaolo Pansa describes it: «Generous, altruistic, aware of the duties incumbent on those who lead a rebel unit. Unlike many young people who declared themselves communists, he did not have a precise political faith. But he was a convinced Catholic with great rigor. He tried to live according to a code of imperative canons: personal honesty, private morality, chastity, the rejection of lies, starting with the one inherent in the communist ideology which considered itself superior to all others".

He risked his life to go to mass, hidden among the faithful. He was fighting for the freedom of Italy, not for a party, a group, a clan. He demanded respect from the enemy. Pansa again: «Bisagno loved the boys who were in a gang with him as brothers. He always defended them. He was the first to face danger and the last to retreat. But he asked his supporters to fight cleanly, without cruelty. His only flaw was to be frank to the point of naivety".

Partisan and saint, it would seem a contradiction in terms. Not for Bisagno, who ordered his men not to shoot before him, and he never fired on enemies: "They too have a mother at home waiting for them." He wrote in a letter: “I found no one on earth who could give me peace or justice. I found both in God. With him I even came to realize that earthly glory is very ephemeral and fleeting, God's glory is eternal ".
At the end of the war he could only oppose the vendettas, the settling of scores of the winners over the losers. Blood calls blood, and how much of it was seen in that ferocious time.

But Aldo Gastaldi died soon, in an inexplicable accident, falling from a moving partisan truck. Killed by other partisans, who feared his authority, strength, moral guidance? You will never know. What is known is that Bisagno is on a journey towards holiness.