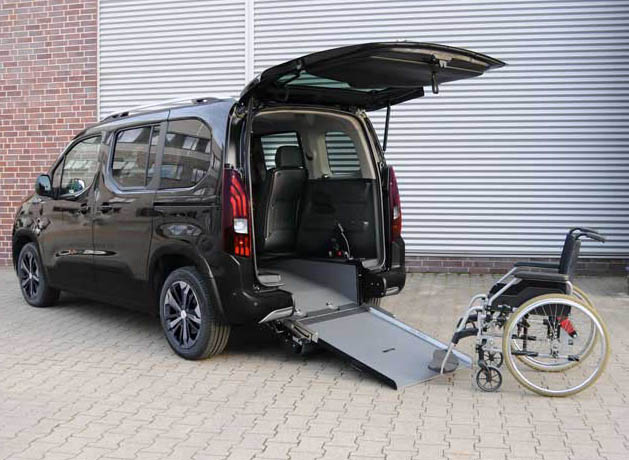 I met Massimiliano for a service from the Strip. He arrived at my office in Milan driving a mini-van, he is a very good driver despite his arms ending just above the elbows. When he went down with his motorized wheelchair in the parking lot of the building, for the first time I realized that his body did not even include the two legs, but it was evident that for him it was an irrelevant detail.

After underlining the lack of an approved platform above a step leading to my office, and which would have saved him from a useless effort to access my editorial room, he immediately made it clear that he did not expect pity from us but rather help. concrete to spread the message he had been carrying around for years, that is: no excuses.
Massimiliano is a trainer, or a coach as he likes to define himself, and his Noexcuses project is aimed at all companies and managers who want to achieve extraordinary results by putting the enhancement and well-being of people first.

In summary: it offers personal growth paths to those who have decided to become the architect of their own realization, taking their life in hand and freeing themselves from any excuse. It is evident that any sentence uttered by Maximilian acquires a value hundreds of times more powerful, and he is aware of it, and exploits it with skill.
In a world where normality is linked to aesthetics, the pursuit of perfection, the clothing you wear or the brand of car you drive, who more than him could have hidden behind obvious excuses to escape from the difficulties that life has. had he reserved? But Massimiliano did not do it, on the contrary, he upset the paradigm to which we have been accustomed and allowed himself to choose not only a life full of emotions and things to do, but he became a gift for others and, like him he claims himself at every public meeting, he won hands down.

Irony, kindness, cheerfulness, consistency, determination, ability, content, but also a lot of love, coexist perfectly in Massimiliano, masterfully balanced in an intoxicating cocktail.
His electric wheelchair has already taken him to dozens and dozens of companies that have decided to experiment with his innovative methods, and with decidedly exciting results.

But who would not appreciate the goal that Maximilian promises to achieve? Being responsible for your own happiness, expanding the potential of each of us and transforming all difficulties into real opportunities. I believe none.
I saw it again after a few years, the week before Easter. He came back to see me because he had decided to expand his business, he no longer wanted to devote himself only to companies but had created a structured course for individuals, as if he realized that happiness is something that few have really found. And he absolutely did not want to accept it.

We laughed, we teased, he for my baldness that I hide under the headgear and I for his poorly performing wheelchair. Then, as always, he left me speechless when he pulled out a present for me from the mini-van; an approved platform to easily overcome that damn step that separates the parking lot from my office. And finally he said to me: "So you don't feel embarrassed when I come to see you, because maybe you haven't noticed but I don't have legs and arms." I smiled, ran my hand over my bald head, and said, "You're so selfish, I preferred a new hat."