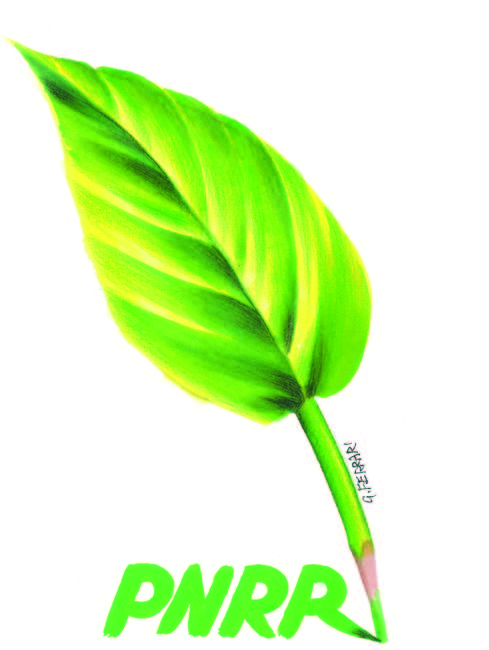 Some words will accompany us for a long time: ecological transition, environmental, social, economic sustainability; environmentally friendly innovation.
They are aspects of the same urgency to redesign the strategic priorities of the future in Italy, in Europe, in the world. Let's start with the Draghi Government's Ministry of Ecological Transition.

A French economist Gael Girard published a book in 2012 with the title Ecological Transition; in which he explains that it is the process by which our societies could move from an economic organization based essentially on the consumption of fossil energy with their emissions of CO2 and other greenhouse gases, to an increasingly sustainable economy.
The idea of ​​the Ministry is copied from France, where a "Ministère de la transition écologique" was established when President Macron took office.

A super minister of the environment who has merged skills such as energy policies, mobility issues in Italy today belonging to the ministry of transport and infrastructure; both social and energy housing policies belonging to the ministry of development; some competences of the ministry of agriculture. Energy, transport, construction, food production are the main sources of CO2 emissions. There has been an institutional aspect in the French experience, but despite this, 4 ministers have followed one another in 4 years. Today Barbara Pompili is minister, with extensive experience in the Greens.

The first point is the ability to work together on government functions that have the greatest impact on the environment and on the fight against climate change.
This will be seen for example in the writing of the National Recovery and Resilience Plan (PNRR). The change of pace of a "classic" environment ministry means moving from a task of protecting the environment from development to helping and promoting development that cannot exist without sustainability and innovations oriented towards it.

The second point: promoting significant public and private investments for the environment concerns climate change and energy, the ability to direct companies into Green investments, circular economy, more sustainable production processes, more respectful products ... An important fact was just released by the annual GreenItaly 2020 research. The companies (432 thousand) of the industry and services that have invested in the last 5 years (2015/2019) innovations of Green products and technologies (eg energy efficiency, renewable sources, cutting consumption of materials and waste , use of recycled materials, reduction of pollutants ...) have had more resilience and positive aspects within the pandemic crisis in terms of turnover, orders, exports, employment.

The third point: to rightly address European funding, but profound reforms are also needed. The ecological associations, starting with Legambiente, also write it: "They range from the necessary simplifications to speed up the authorization process for green economy projects to the qualitative improvement of environmental controls to combat unfair competition, from the increase in the skills of the public administration to the new law on public debate to prevent disputes and increase the sharing of citizens and local institutions ».
In the background, but important, the debate in many countries to introduce sustainable development and the fight against climate change in the Constitution. An aspect that is both cultural and legal in line with the new European approaches.