Missionary where we are 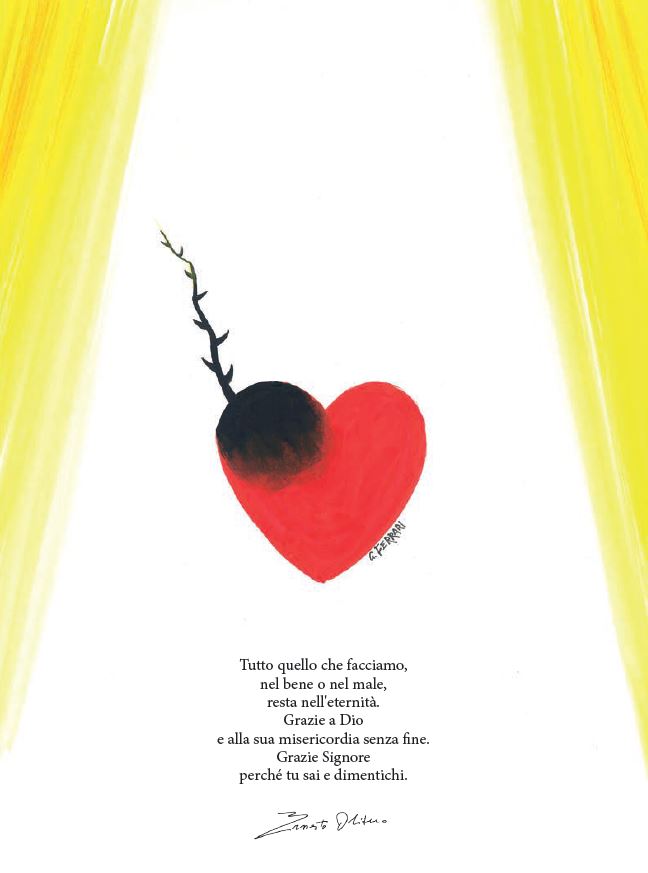 Since 1926 the Church has dedicated the month of October to missions, in particular with world mission day. He wanted to underline the mission "to the peoples" of all Christians, as the Council later highlighted with the decree Ad gentes: "The Church, sent by Christ to reveal and communicate the charity of God to all men and women peoples, understands that she still has an enormous missionary work to carry out ». In the sixties Ernesto, Maria and a few friends made this impetus to them and put themselves at the service of the poorest Churches, seeking economic aid, supporting as much as possible the missionaries who spent themselves for human promotion and development in the poorest areas of what was then learned to know as the Third World. When in 1964 they decided to reunite in a group that fully lived responsibility towards the poorest, they chose to call themselves the Youth Missionary Service, to underline their commitment to be close to the missionaries. Their goal was to end hunger in the world, to offer everyone access to medical care, education, food, the development of people and local communities. In 1983 the Arsenal of Peace arrived and Sermig became the Fraternity of Hope, we are so deeply rooted in the city that it saw us born, we have become a point of reference for so many poverties that gravitate here, but the essence of our name - Sermig - has remained unchanged.

In 1996 we were asked by Dom Luciano not to limit ourselves to helping the missionaries, but to become so ourselves. Some of us left first for Brazil, then for Jordan, opening the two Arsenals of Hope and of the Encounter. Collaborating over the years with so many wise and generous missionaries, knowing the consequences of underdevelopment, famines, wars in the poorest areas of the world, has always made us understand that the proclamation of the Gospel is addressed to the person in his integrity and it cannot be separated from the response to the basic needs of the poorest, the most distant. Support, material solidarity is the starting point for help that embraces the whole person, because hope is for the whole person and, as Ernesto writes, "man needs a home, food, medicines, but that's not enough. Man needs to love and feel loved among men, but even this is not enough for him yet. Man needs God, because he is a son of God ».

This mentality that comes from afar and that was contained in our name since the foundation, has made us more aware that we are all missionaries for our baptism, for the mandate of Jesus to "bring happiness to all" where we are and in every moment of our life, even here, especially at a time when we see the Christian identity of our country and the entire West crumbling.

Pope Francis in Evangelii Gaudium emphasizes that "by virtue of the baptism received, every member of the people of God has become a missionary disciple [...] an active subject of evangelization" provided that "he has experienced the love of God who saves him" (EG 120 ). Missionaries therefore are all those who have a personal experience of the presence of God in their life, make their hope descend from him and draw close to each person with their personal witness. Each of us is a missionary where he is, even just by opening the door of his house to someone, near or far, poor or rich, sick or healthy ... because every person needs hope, needs God.

As well as personally, we are also called as a community to a missionary action that always starts from the witness of our fraternal life and of the communion that unites us despite our differences. As the book of the Acts of the Apostles tells us (chapters 2 and 4), Christians communicate the Gospel with the witness of their life of fraternity: recognizable by their faith, gathered in prayer, capable of sharing among themselves, close to the poorest, together, as brothers. Not a utopian community but possible; not ideal but concrete; made up of people who are not perfect, without fatigue, problems, temptations and mistakes but sincere in putting the Lord ahead of them, humble in entrusting themselves solely to the action of the Holy Spirit. Because after having communicated the Father's plan to be "all in all" (1 Cor 15:28) and having sent us into the whole world to proclaim the Gospel to every creature (Mk 16:15), Jesus gave us his Holy Spirit so as not to leave us alone in the mission, to complete our fragility with his strength and his charge of love, because only the Holy Spirit can make us missionaries.

Missionaries are all those who have a personal experience of the presence of God in their life.

Each of us is a missionary where he too is only by opening the door of his house ...